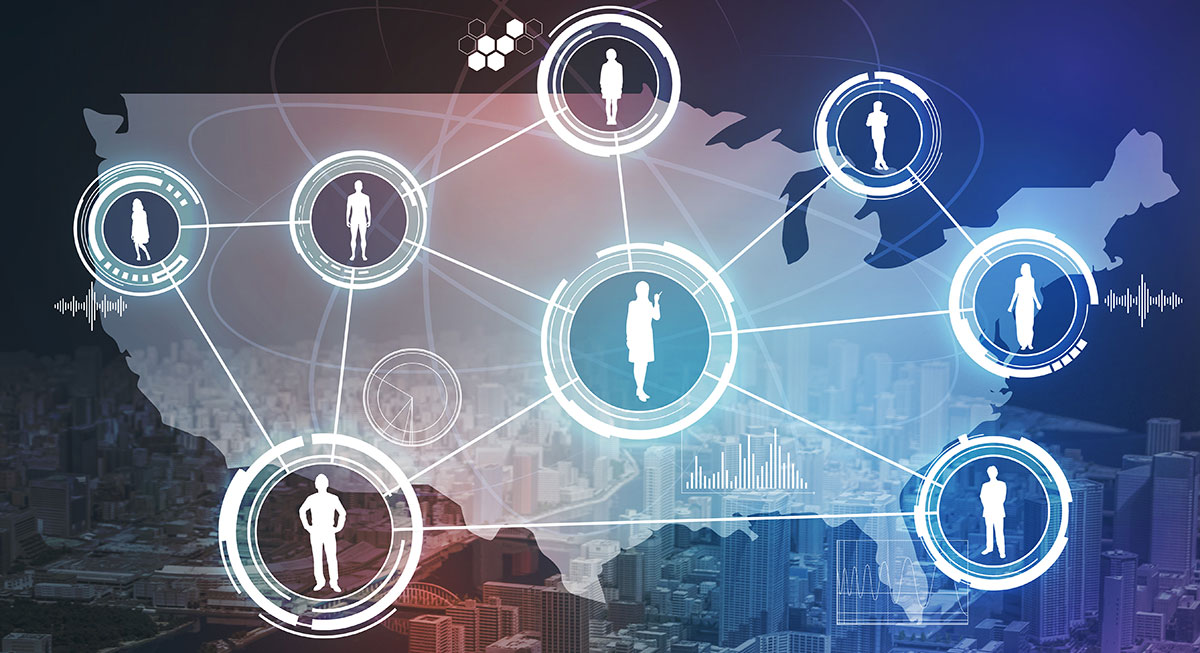 Since work from home and remote learning are likely here to stay for the foreseeable future, students are asking questions about what life after graduation looks like in the agency sector. To answer some of students’ questions and concerns, The Pollack Group and the USC Annenberg School for Communication and Journalism partnered for a panel titled “Careers Across the Nation,” a conversation tailored to students and upcoming graduates about what “agency life” is really like.

Here are some key takeaways:

There is a perception that working at a larger, more well-established agency offers certain advantages over smaller agencies. However, Kucharski, representing the largest firm on the panel, shared his insight as to how his parent company allows Padilla to operate like an independent organization with access to large firm resources.

“We operate like an independent. Padilla is great about providing us with infrastructure and resources, which is one of the benefits about being part of a larger organization," Kucharski said.

Kucharski also encourages candidates to look at how much collaboration happens between offices when deciding between the two, larger or smaller.  The old holding model seen in larger firms like Ketchum and Edelman make it difficult to work with people in other offices. Though, Kucharski notes that these well-known firms are moving away from this model.

Harvey advised, “You learn so much so much quicker by starting out at  an agency. If you aren’t comfortable with change, then you won’t be happy in an agency,”

“I don’t care," Harvey added. "I’m a realist. If you’re coming out of school, get a job that’s going to be good for you and get your foot in the door. Get a little bit of experience and recognize you aren’t charting your whole life with this first job. Then after a year of trying, try something new.”

READ MORE: The Realities of Working in Social Media and Content Creation

Cox said that after spending his whole career working in-house, he thought he knew what he needed to do in order to succeed at agency life but was mistaken. “It’s not creative being in corporate,” he said. “It’s cooler, but it’s not nearly the advantage of being able to touch multiple touch points, being able to pitch, being a part of the agency process, and learning the business.”

At Citizen, Cox has never worked out of his firm’s office headquarters; his agency is decentralized. Cox explains that decoupling an agency offers certain advantages, as an example --  allowing for team members to be online in different time zones throughout the day. “A lot of companies are becoming more nimble, and a lot of startups are in different places.” Decoupling also allows for better business opportunities, including satellite campuses and better proximity to various clients.

Kucharski says data analytics are more critical in this field than ever before. “Data and analytics have to be used throughout the life cycle of the campaign; the challenge is that the level and sophistication in our field is all over the place.” He notes that interest between the interconnectivity of data and analytics in relation to communications, is advantageous for students and professionals right now.

With that said, data is not the end-all be-all for a PR firm. “Data is a great guide, but it is not the direction. Use it as a tool, but not the only tool,” Cox added.

Over the last few years, global companies like Tesla, Toyota, and Oracle have all relocated their corporate headquarters to Texas. Harvey, whose agency has offices in San Antonio and Houston, offered her insight on the benefits of moving out of state and various job opportunities that come with it, emphasizing the tax benefits and relaxed regulations. She also pointed out that Texas’ major markets are culturally and politically diverse.

READ MORE: Communicating On The Campaign Trail: Working In Politics At All Levels

Raffetto, who is based in Seattle, pointed to “a pretty powerful technology sector” and startups that help make Seattle a very vibrant and beautiful place to live. He notes that living there is more affordable than Silicon Valley and there is also a flourishing gaming sector, as well as an emergence of organizations in telecommunications, health care, and global health as result of the Seattle-based Bill and Melinda Gates Foundation.

Out-of-State Job Applicants and the Future of Work

The future of work with flex schedules and hybrid offices are ever-changing, especially now.
Kucharski says he doesn’t want his agency to be a freelance network, as he has a culture he wants to maintain, but he is okay with people working virtually. He is completely changing his company’s approach to what an office means. “We have to rethink what the office means, why people are going to the office, and get way more comfortable with people working remotely. But I’d like them to be within a radius of our six offices and I’m sure we can find talent that way.”

Raffetto still values having people in physical offices. “COVID has shown us there’s something lost if people just stay at home all the time,” he said.

Raffetto also makes a point about newcomers in the industry and the downsides of remote work. “You have to be a special kind of person to feel fulfilled just starting your career and not leave your house every day. There’s really something valuable in the early stage of your career by being in the office ,soaking up things that come from participating in client events or team lunches.”

“If you can’t write a cover letter, you certainly aren’t going to be successful writing communication tools and strategies,” Harvey says. Cover letters do matter and memorable ones are best. Harvey advises applicants to start making connections and reaching out to people as early as they can. “It’s much easier to get your foot into a door for an internship if someone has referred you.”

Raffetto adds that the traditional way of applying to jobs using solely a resume is disappearing.  “I would think of the cover letter as unstructured data, a way to break free of the structure that is in the resume and connect with the employer in a different way,” he said.  He noted that cover letters are a way to express your personality, intellectual curiosity or passion for the industry.

“We just hired two fantastic people that started this week. We used Indeed, search engines, recruiters. But you know where we got them? Friends of employees,” added Kucharski. He advises that drafting your resume with the right keywords is not the only thing that will get you an opportunity at a company.

Student resumes tend to be light on corporate work experience, but Cox suggests that students include items that show they are thinking about themselves in their chosen career. He encourages finding ways to show creativity and individuality in any capacity. “Everyone’s resume looks the same, everyone’s cover letter looks the same. The biggest value you can bring to me is creativity,” he said.

Harvey says when applying online, go to the website and make sure you are familiar with the culture of the company and the individual reviewing the resume. “We are looking for people who are curious and who take the time to do their research,” she added.

Switching To A Different Field Mid-Career

“People either have the passion, understanding and desire to communicate effectively, or they don’t. No amount of school or work will ever make that happen if it’s not there naturally,” Harvey said, noting how one can draw a parallel and look for people who use their instinct to connect the dots. While there are many great journalists who enter the PR sector, some looking to enter the field may struggle because they are used to working in a silo.

Harvey says she likes when students or job-seekers who are applying ask simple questions like “What are your expectations of me?”

“Applicants have to ask what they can do to make my – the agency’s – life better,” she added.

Kucharski and Raffetto agree that an indication of genuine curiosity and attentiveness to world news and business are things they look for. “Be hungry, but don’t be aggressive,” added Cox.