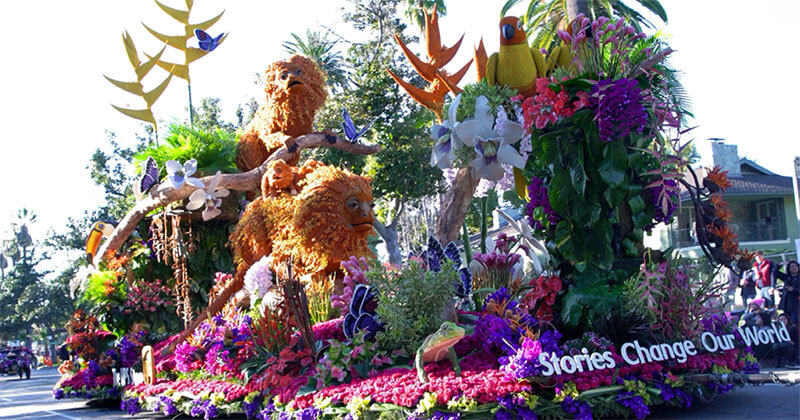 In what has become a nearly 20-year tradition, The Pollack PR Marketing Group worked an extensive media relations campaign in support of their float-builder client Fiesta Parade Floats, for the world-beloved Tournament of Roses Parade.

While the agency works with Fiesta year-round in support of their other projects as well as toward the big parade day through test runs and ramp-up activities, the excitement really starts on December 26, the start of decorating week.

Local Los Angeles and national media descend upon Fiesta’s facility to cover what is in store for the parade. The agency works closely with the float sponsors to secure media interviews on a near 24/7 schedule, beginning with early morning news and going long into the night for evening news.

It is thrilling to be such an integral part of a national institution and to witness first-hand the amazing ingenuity and masterful workmanship that goes into these floats every year.

This year Fiesta Parade Floats took home awards for 10 of their 11 floats, including the most coveted Sweepstakes Prize for the parade’s most beautiful float, awarded for the second year in a row, The UPS Store.