Forbes: To Connect With Gen Z, Marketers Need To Listen 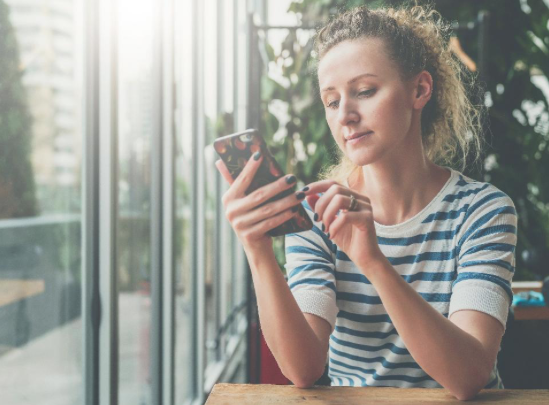 This article originally appeared on Forbes.

President at The Pollack Group (LA, NYC), professor at USC Annenberg, and author.

When I first published my book Disrupted, From Gen Y to iGen: Communicating with the Next Generation in 2013, I felt that the public relations and marketing worlds were largely unprepared for the onslaught of this new type of consumer. I addressed the revolutionary realities of a new generation of consumers, which I labeled iGen (and is often referred to as Gen Z) coming into the marketplace and was prompted by an acute realization that they were just about to enter college.

Today, the oldest members of this generation are 22 years old. We now have a whole new generation moving into the workplace, walking into retailers, buying stuff on e-commerce sites or starting businesses. When I published Disrupted, the numbers for the members of this generation were around 23 million in the U.S. alone. By 2020, this generation will reach a staggering 40% of all consumers. They are also diverse, with more than 50% of children under 18 being a part of a minority group within the next few years. Even more staggering is that they have $44 billion in buying power.

Now that it has been four years since the book was published, it turns out that we were not as unprepared as we originally thought.

In Disrupted, I explored the idea that brands can potentially reach iGen or Gen Zers from an infinite number of places. The fact they have “mobile appendages” gives them instant access to the sum total of human knowledge. Because of this, marketers would need to change the marketing funnel and focus on reaching iGen through the people they trust.

This was the dawn of influencer marketing, which since 2013 has blossomed, matured and is now about to bust as a result of very high influencer fees with conversions due to fake followers, difficulties around disclosure, and the harmful effects of fake and inflated followers.  By all accounts, it turns out that my initial analysis was correct: Members of this generation listen to people in their trusted network.

In the past four years, we have seen a substantial impact of influencers. A 2015 study showed that brands were making $6.50 for every $1 spent on influencer marketing. Still, as brands attempted to develop systems and processes for this form of marketing, they forgot about the one thing iGen seems to embrace more than anything else: authenticity. If influencer marketing is to be successful, it must authentically converse with Gen Zers in their language, on their level and have a serious impact on their values and interests.

Another reality I explored was the fact that retailers were going to have a tough time reaching iGen. With the rise of Amazon and other e-commerce sites, there was no “point of purchase” per se. At the time there was a massive increase of geo-location apps and services that promoted check-ins and localized marketing.

This trend has changed dramatically since our initial research. Now apps have taken a navigation approach to geo-marketing and the idea of monetizing check-ins has become archaic. The real “point of purchase” problem was addressed with programmatic advertising, native advertising and lead-driving marketing funnels. Highly technological targeting based upon Big Data is currently the best way to reach iGen, such as mobile retargeting, a tactic that the generation likes because it is more personalized. And as numbers have shown, if the ad is relevant, the consumer will buy.

It is still quite true that marketing and communications must be pertinent to the consumer. The explosion of native advertising showed how far marketers can go in this regard. But just like everything else, when it becomes systematic, marketers forget the essential authenticity requirement. In the era of fake news, deliberately misleading native ads and nondisclosed influencer marketing, the next challenge is to reach iGen and earn trust through authenticity. This will require marketers and brands to stop the spaghetti-against-the-wall method and actually take the time and resources to only speak to those who actually have an important need for the message.

During our research in 2012, we saw a definite trend of non-institutional media taking precedent over traditionally-created media. This was clear in entertainment and news where social media elites were awarded with more engagement and reach then legacy news outlets and media companies. It has become clear that the media companies have done quite a bit to catch up in the past four years, by moving to digital and focusing on engagement. The rise of streaming entertainment, the embracing of citizen journalism, and the technological advancement of media companies, in general, have seemed to level the playing field.

One thing has remained entirely true about iGen: They will gladly and loudly support brands that they believe represent their personal values and lifestyle image. Of course, this connection must be an authentic one, but when earned can catapult brands beyond what other generations would do. Similarly, they will be just as loud when a brand deceives them or in some way goes against their values. It is increasingly important that brands understand their audiences and the repercussions of decisions they make.

Given the world Gen Zers grew up in and the world they face, they have the luxury of picking and choosing what they consume and can spot deception and inauthenticity from an extreme distance. With all that has changed in the past four years, one piece of advice I wrote then remains true: We must listen to be heard.

We are in an age where marketing and communication are not about us, the brand, the company, the product, the service or even the message. It is about the consumer and how we can meaningfully impact their lives. Until we understand our audience and what we can do for them, the best marketing strategy is to listen.