The Importance of Media Training 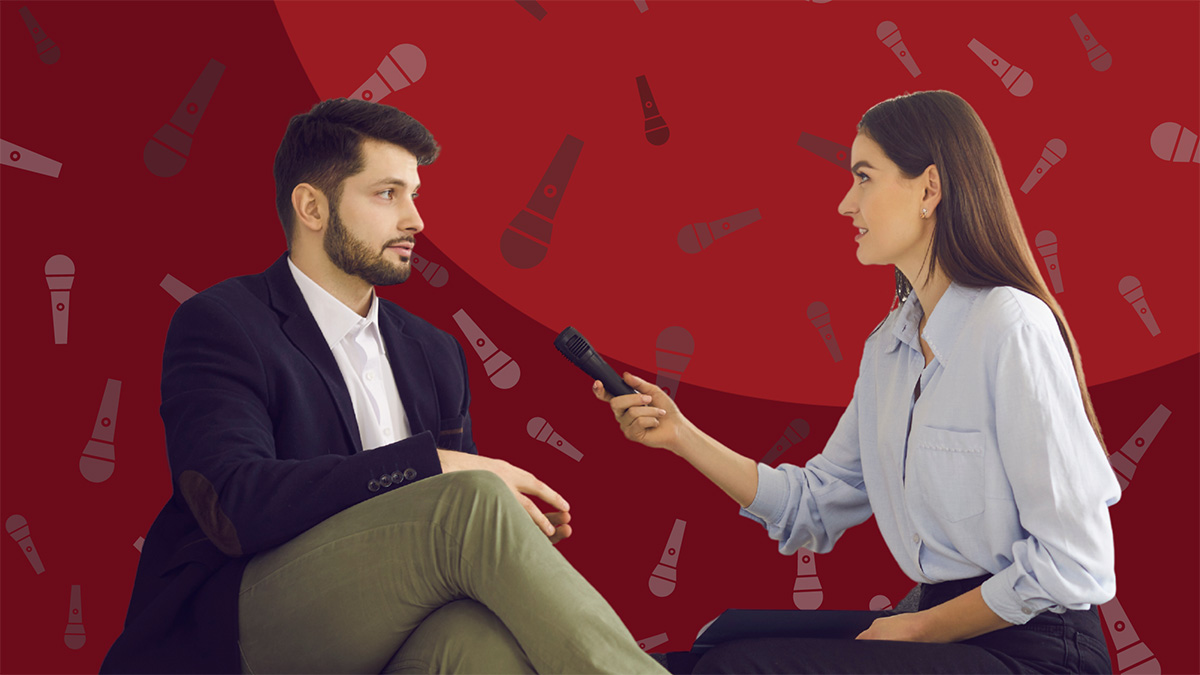 Every public relations professional has had a client who refused professional media training at some point in their career. Whether they believe they're capable speakers or feel media training might not be worth their time, many high-level executives have scoffed at the notion of needing to prepare for an interview.

And many have failed at them miserably.

Being educated or passionate about a subject is simply not enough when attempting to persuade or inform the media about a brand, product, or message. PR specialists understand how every interview piece is fused to unveil a masterpiece – or a complete disaster.

Below are a few practical key media takeaways the next time you land a primetime TV interview.

The age-old myth that non-verbal communication consists of a vast majority of a person's message may be relatively accurate. Conveying conflicting messages mostly happens unconsciously and is immensely common. We may think we're taking a specific position, and our words may articulate a particular sentiment, but our non-verbal posture may say otherwise, which can confuse the audience.

Warren East, CEO of Rolls-Royce, appeared for a segment on BBC to discuss the company's latest staffing cuts. Of course, delivering news of downsizing is not something to take lightly. But much to the viewers' surprise, East was seen smirking when discussing the layoffs. Proper training can point out such ticks to help the interviewee learn basic tactics to avoid sending conflicting messages.

Our physical appearances also matter and are a deep reflection of our message. Appearing on camera in full clown makeup while delivering harrowing updates of a global pandemic is undoubtedly a choice most would advise against making. Yet, in a live segment, a doctor with the Oregon Health Authority reported COVID-19 statistics, including deaths, dressed as a clown in what appears to be a nod to Halloween in an October 2020 news clip. If only Oregon's public health official had a PR team to warn her.

Always be in Control

Understanding how the media works give the interviewee the greatest benefit of all – control. Media training provides a window into how interviews work, what types of questions to expect, and most importantly, how to effectively convey one’s message. Media specialists will role-play, teach valuable tactics to bridge or pivot questions, and enhance wording to better drive the interview's core message. Controlling the narrative also prevents the potential of being misquoted, resulting in a messy PR crisis and a lifelong negative reputation.

Going viral for the right reasons

Media training allows the interviewee to reflect and think about their potential answers before being asked by a reporter. This allows the subject to learn how to speak in ways that others will notice, resulting in a viral moment – for the right reasons.

In a recent FOX segment, an individual by the name of Doreen was invited to discuss the latest Reddit trend, "Anti-work." With over 2.1 million members, Anti-work is a community for those dismayed by poor working conditions and inadequate pay, mainly at the hands of large corporations. Its popularity caught the eye of mainstream media, and many community members were excited to have their voices heard when news broke of a national segment.

The interview went viral…but, as it turns out, it might have been better if it didn’t.

Doreen was noticeably fidgeting and disheveled while having difficulty answering the softball questions that the FOX news anchor delivered. They completely dismantled the power of Anti-work and discredited the group's core mission. Per Anti-work, the community is not against working; they're against low pay wages, inhumane hours, and toxic work environments, proof points never stated or addressed during the interview.

READ MORE: Media Training for the City of West Hollywood

The host ridiculed Doreen, mocked the subreddit, and ended the interview in a sarcastic and belittling manner. The clip went viral, the subreddit was livid, and Doreen ruined a would-be triumphant moment to address workers' valid concerns regarding capitalist regulations that put workers at risk.

With proper training and practice, Doreen could have leveraged a powerful conversation, been invited to other news outlets, and ignited real change for Americans who face unruly working conditions.

Bridging the Gap Between an Undesirable Question and an Acceptable Answer

If the subject matter of an interview is controversial or delicate, training is crucial to ensure the interviewee knows how to steer the conversation to another topic or question; a tactic PR professionals call bridging.

Media training will teach an individual not to scoff at an undesirable question. This will sway the reporter to keep digging. After all, they want a story, and actively dismissing or critiquing a question will lead them to believe there's more to uncover. Instead, the interviewee can find valuable ways to politely pivot by using a variety of phrases that will discreetly spin from one topic to another.

A great way to pivot is to incorporate transition statements such as, "that's a great question, but I feel the more important issue to address is…" or "I can't speculate on that at the moment, but what I can discuss is…"

Learning how to answer a question, without answering the question, is foundational PR 101 and is crucial when attempting to stay on one’s message and avoid legal or otherwise implications.

A wide variety of tactics are used to handle a successful media interview, and we've only just scratched the surface. Interviews can be an excellent method of drawing awareness, amplifying brand reputation, and establishing a persona that viewers can relate to. Be sure you've hired the best-fitting PR agency to provide your brand with the tools of the trade.