How To Efficiently Edit A Documentary Series With Proxy Files 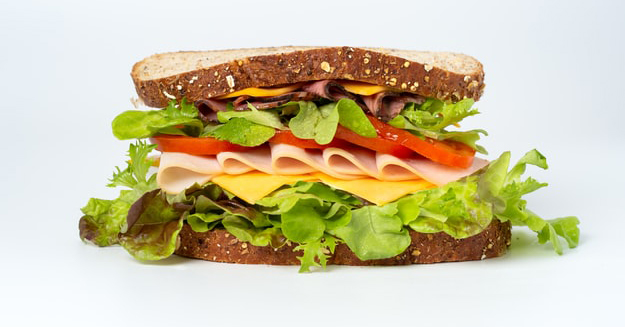 The 7-episode series, Branchville, was shot over seven months in South Carolina, utilizing a Savannah, GA-based video crew that filmed primarily with four different types of cameras: Panasonic GH-4, Sony a7riii, GoPro Hero, and drone footage. Sometimes, two or three cameras filmed subjects simultaneously on the ground. On some shooting days, there was a separate audio engineer recording wireless lavalier mics and a boom mic to a field mixer.

The footage was mostly shot at 4k resolution at 24 frames per second (fps), but some cameras filmed in HD at 30 fps or 120 fps for slow motion. The amount of data acquired by the camera also fluctuated depending on the settings: some recorded at a low bitrate, which meant the colors and dynamic range of the picture were limited, and some recorded at a high bitrate, which dramatically increases the file size. This provides more flexibility in post-production to color correct and make shots more consistently flow together.

Usually, this isn’t too difficult for computers to navigate, but sometimes the camera would roll for over 20 minutes, and we’d have to work with single files that were over 200GB (gigabytes) in size. Our LAB186 iMac Pro computers are very powerful. However, they can struggle to play video in real-time, especially when we start layering color filters, motion smoothing, and titles from Adobe After Effects.

What was bringing our powerful computers to their knees?

Sometimes, complex concepts are illustrated by relating them to cooking. Imagine a video file as a sandwich. A sandwich can be virtually anything in the world, as long as it’s contained within two slices of bread. For digital video files, the slices of bread are the container, and the codec is the recipe for assembling the sandwich. A container is the file format for video files; this is most often .MOV, .AVI, .MP4, or .MKV. Digging into these containers is a bit beside this article’s point, but these are most often file formats engineered for video and audio. The codec comes from “encoder/decoder.” It is the method by which files are compressed and standardized to be compatible with many devices or applications (i.e., you don’t want a camera that creates videos that can only be seen on itself). This is like the recipe that cooks raw ingredients into edible layers in our sandwich.

So, what does this have to do with editing? When editing a video, we start with establishing the story elements, most often with someone’s voice narrating what’s happening visually on-screen. In the case of Branchville, we would find a good speech from subjects Kevin Summers or Daron “Farmer D” Joffe that would follow a narrative format, and then intercut b-roll footage of farmers, closeups of hemp plants, or aerial drone shots of the farm or community. In watching this sequence edited together, the computer had to jump around to numerous video files on external hard drives, often simultaneously in multiple layers. This is like trying to remove individual ingredients from one sandwich and place it into another while someone is eating. What if one of those sandwiches has melted cheese? Is it possible to un-au-jus?

The video files that came out of the cameras shot on location in South Carolina were engineered to stand as a final product and were not meant to be broken apart into something to work with as an editor. So, what is the solution? Proxies.

A proxy video file is a low-resolution duplicate of the raw video source, but one also engineered to be easy for the computer to handle. Because our agency works on Apple computers, the best file format for our work is using the ProRes codec in a .MOV container, and we encoded everything at 720p HD. (We mostly view the work on a small preview window, approximately 6” wide on screen, so the resolution didn’t need to be any greater.) Editing software companies pride themselves on compatibility and ability to play any format, so it has been a while since we worked with proxies (back when they were called “offline” assets). In fact, on a previous project several years ago, we attempted to manually generate and link proxies to disastrous results. That was because we used the same container and codec, just at a lower resolution. This is like thinking it’s more difficult to reassemble a cheeseburger than a slider cheeseburger.

However, one disadvantage of proxies is that they take time to create, and they need to be stored somewhere easy for the computer to access. Even a fast computer still needs to take time to render new files, and hard drives quickly fill up. In Branchville’s case, one shoot session (usually over two days) would spread out footage used over three different episodes. The time to convert the video files upfront would pay for itself in time savings for the next episode. The smaller proxy files also ensured that we could work with all footage at once, and we would only need to re-attach the hard drives for the original raw footage when we want to render the final master video. Because proxy files are smaller than their raw source, proxy editing can be portable. In fact, cinema cameras will record proxy files simultaneously to the raw files; Steven Soderbergh is known to edit each day’s footage while he’s being driven home from the set. And finally, Adobe Premiere Pro has made working with proxies an absolute breeze. Gone are the days where files had to have identical names and could easily overwrite themselves on the hard drive if you were not careful.

So, what’s the takeaway? Do not neglect perfectly valid solutions for optimizing post-production workflow. To use another cooking analogy, prepare your mise-en-pois. Mise-en-pois is a French culinary phrase that means "everything in its place.” It’s about dicing the onions, peeling the potatoes, and setting the spices on the table before they are needed so that everything is within arm’s reach and ready to go. Sometimes in the excitement or chaos to get a project completed as quickly as possible, some steps can get skipped which might hinder the project’s efficiency.

Is proxy editing essential for all projects? Of course not. Is it necessary for a feature-length documentary web series? Probably. Should you only toast the one side of the sandwich with cheese so that the arugula doesn’t wilt? Absolutely.