Amazon Is Piloting A New Delivery Robot, And Changing The Future Of Commerce 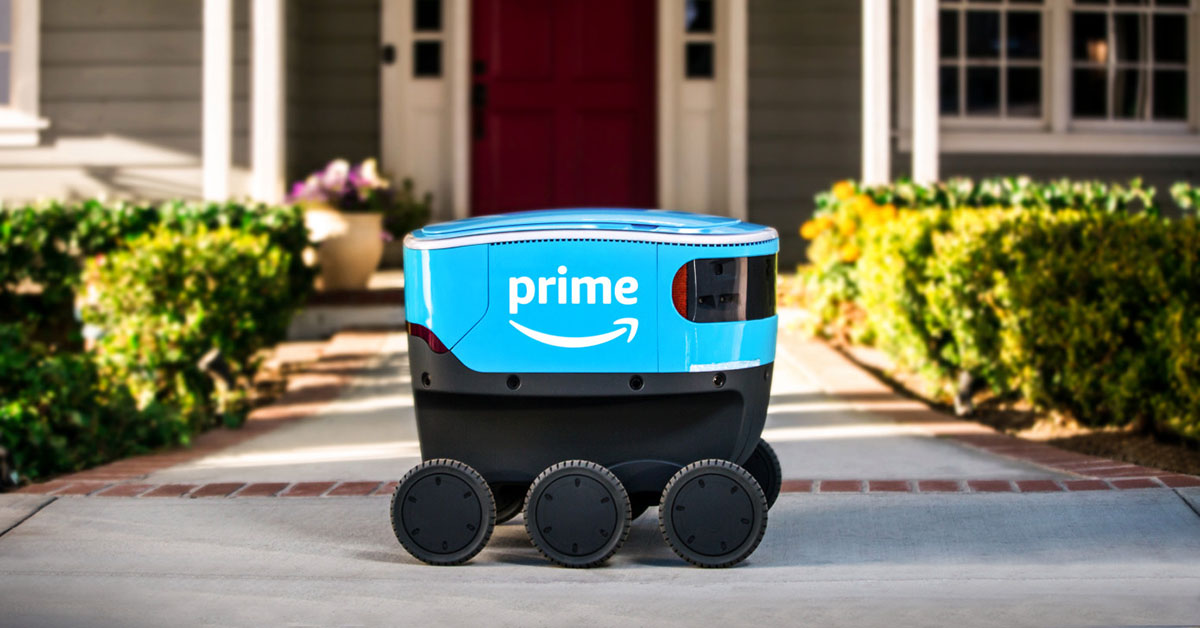 Amazon recently announced the release of a new delivery robot named Scout. This robot was built in-house by the tech giant and is intended to function completely autonomously. The pilot program is set to begin with six test vehicles running in a Seattle suburb, which will be shadowed by employees to ensure that the operations run seamlessly. The machines travel at roughly walking speed, and are compact and bright blue.

Of course, this isn’t the first delivery robot to be introduced to the market. In recent years, many companies have explored the possibility of integrating robots into their operations, with some hotels implementing them for room service delivery and select universities using them to deliver various treats to students.

There’s no denying that company-specific robots are bound to only increase in popularity from here on out, given their convenience and overall low cost (some average out to less than a dollar per delivery). This is especially true with Amazon now having a stake in the game, given that large tech companies can often serve as catalysts for new trends becoming commonplace.

Any new invention of this sort that brings everyday consumers in closer contact with higher-grade machines necessitates the drafting of new legislation to ensure that the technology doesn’t get abused. For example, in the case of Scout, lawmakers are unsure as what to even classify the compact machine as. Sure, it has wheels similar to a car, but it travels along pedestrian walkways and at a significantly slower speed than that of an automobile. These ambiguous qualities can lead to a difficult classification for Scout and other machines like it.

This more logistical side to technology shows that though these kind of machines enhance consumer connection, that improvement doesn’t come without a host of other obligations for business owners.

In addition to new legislation, a looming threat of robots may also ignite the fear of job loss in some individuals currently employed by companies in the industry. However, the development of higher-tech supplements to company operations may in reality produce more jobs than it costs, as these developments normalize and ultimately become catalysts for new start-ups.

Regardless of rule-making for these new delivery robots, it’s clear that Scout points to a larger industry trend of making technology more accessible for consumers. Whether this manifests itself as bringing former military-use drones into the hands of pedestrians or making the term “visual reality” a household catch phrase, more and more advanced technology options are making themselves commonplace and removing the barriers to consumers.