The Sadness That Is Memorial Day 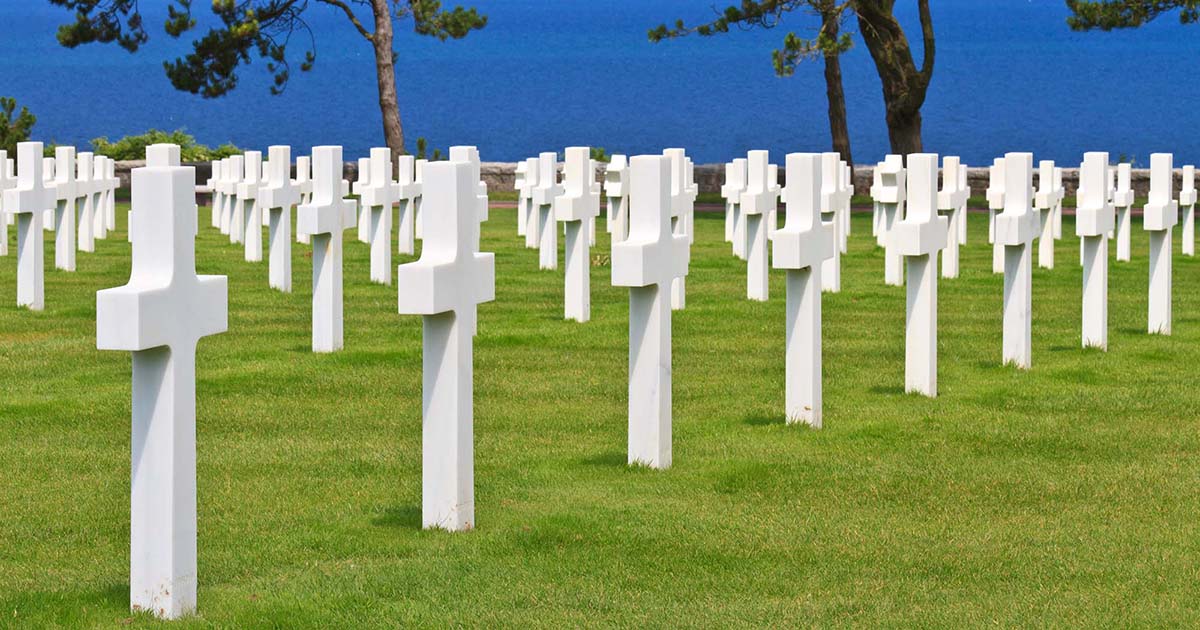 Memorial Day always fills me with an almost unbearable sadness for all the young lives unlived.

I have been there, on the Normandy, France bluffs, overlooking the Atlantic, and seen the wide stretch of green lawn that serves as a cemetery for the graves of more than 9,300 U.S. soldiers - those whose lives ended on Omaha Beach on June 6, 1944, known as D-Day of World War II. I was one of the visitors that witnessed the rows and rows of headstones for young soldiers. I felt that palpitating sadness then, and it remains with me, now. I heard the deafening eerie quiet then, as I do now. And I said to myself…

But, of course, it did happen again, of course – in Vietnam, Korea, Iraq, Afghanistan and countless wars in the Middle East. If you look at the history of Memorial Day, the ultimate sacrifice was asked of young soldiers who fought back in the Civil War, and who were then memorialized three years after the war, then known as Decoration Day. It was not until after World War I, however, that the day was expanded to honor those who have died in all American wars. In 1971, Memorial Day was declared a national holiday by an act of Congress. David Brooks of The New York Times posed an interesting question in his recent column: “Could today’s version of America have been able to win World War II?” Really a rhetorical question... The point he was making did not have so much to do with the ultimate sacrifice of each soldier, but rather the mood of the country. He went on to say that “victory requires national cohesion, voluntary sacrifice for the common good and trust in institutions and each other.”

Can that happen in our time? Are we able to create a community capable of a collective response?

As generations pass on, Omaha Beach will become yesterday’s landmark. And yet, millions of future visitors will pass through the bluffs and be witness to what once happened and know that it can never happen again.

The sadness of Memorial Day remains indelible in my mind.