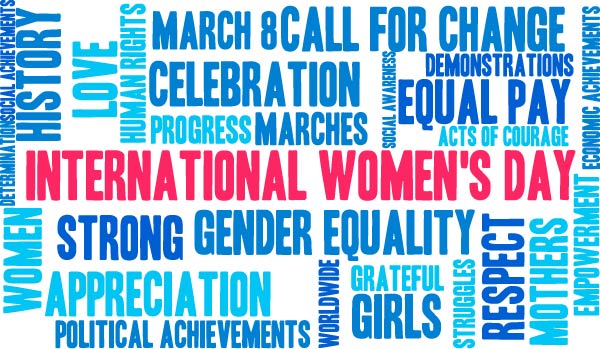 As I reflect on the status of women around the world on International Women’s Day, my initial reaction is that it may be the best of times in our history to be a woman. Our voices are being heard louder than ever and we, women, are responsible for creating rapid changes and turning staid perceptions around. Not yet enough. The ever-maligned glass ceiling for women in the corporate world has developed cracks over recent years, deep enough so a larger segment of corporate women have broken through.  The number of women CEOs on the Fortune 500 has increased by more than 50%. That’s a new record: The 2017 ranking includes more female chiefs than any previous list since the first Fortune 500 ran in 1955.

But it does not tell the whole story. As long as gender, in and of itself,  still remains a  factor and barrier for any road taken, from simple human rights and education to local government participation and corporate CEO position, then we know we have to drive harder, get fiercer, stay persistent to arrive at gender parity.

I also reflect on the title of Chelsea Clinton’s Book, “She Persisted” that is focused on 13 women who changed the world.  It is about persistence, a main driver in the newly-found solidarity shown among women on the forefront of change.  We, as a solid global women’s group, need to be heard not just in marches (although that too) but in messages to the next generation, worldwide, that the gender equality fight is theirs to continue and that it is OK to fight their often unacceptable status quo and not go placidly along with a system because “it always was so.”

It takes “persistence,” to achieve change. We have learnt that, now let’s pass it on.