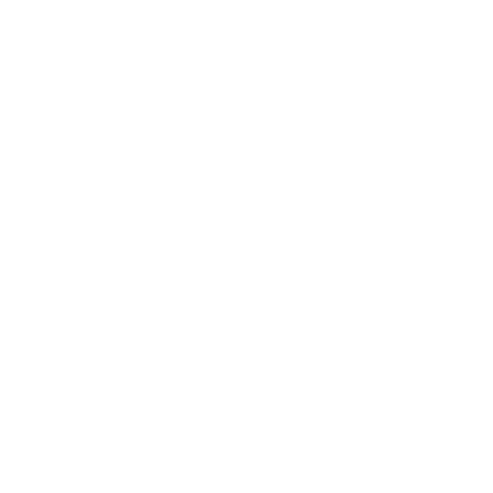 Reaching a generation that does not want to be reached by marketers...

In anticipation of the 2028 Summer Olympic Games in Los Angeles, USA Triathlon became the first sport to begin preparations and training for the Games. As such, the team sought out the agency to build enthusiasm for their first Los Angeles-area race, the Legacy Triathlon. The agency promoted USA Triathlon’s news that it will launch a series of annual races in Long Beach on the very site of the future Olympic course – where the next generation of Olympians will be presented.

The agency facilitated several partners and supporters, including the City of Los Angeles and the City of Long Beach, and brought local, national and international media attention to the unveiling of the Legacy Triathlon, while also streaming to an online audience through Facebook Live.

When a 7,000-square-foot axe-throwing venue, Kick Axe, opened to the public in the New York Metro, the agency was retained to highlight the venue’s experiential entertainment edge. In a lodge-like lumberjack-themed bar atmosphere, guests can experience what it’s like to throw hatchets at a wooden bullseye  -- as entertainment, of course -- complete with beer, wine and malt beverages, plus a  photo area. To garner media attention, the team challenged journalists to come and throw the hatchets for themselves and partake in the fun ambiance.  For those that hesitated, the team basically offered a demonstration in-studio. The media outreach to local and national press netted more than 723 million media impressions, including The New York Times, Time Out New York, Metro, Mashable, Patch, and BKLYNER.

A Digital Influencer Outreach Program Brings Credibility to a Kickstarter

Before tattoo-brightening beauty product Tatul tapped Kickstarter to crowdfund the innovative new skincare tool, they needed third-party endorsements and testimonials from their target audience: Millennial women. Since evaluating a product means trial, we created a special vetting process to identify the best possible online beauty and cosmetic influencers who would spread the word about Tatul. The criteria designed to vet participants was by influence, ranking, size of social networks and views. Some of the most influential tattooed Millennials on the web landed on our influencer list. We then invited hundreds to participate and create social media posts, videos, tweets and blogs about their experience using the product. Armed with several high-quality placements from influencers in their target demographic, we were able to re-purpose them to help add credibility to their Kickstarter campaign.

Recognizing that in today’s marketplace, a global reach in sales, marketing and distribution is essential for any property’s success and growth. L.E. Hotels, a hospitality brand that represents a “limited edition” collection of independently owned and operated properties, reached out to the agency to create a program that would link all of its properties across 18 countries through a global marketing program, and support each individual property’s particular needs and challenges. The program included quarterly regional promotions, trade and local media relations, blogs, newsletters brimming with company and member news and travel/tourism trade shows, as well as social media and native advertising. We also sought out Millennial-focused media outlets and scheduled editorial desk side briefings as a way of maximizing the individual property’s visibility.

Millennial Filmmakers Get The "Green" Light

Intelligent Use of Water Film Competition

Making a film for a green cause requires an imagination…and talent. Long before it became common practice to crowdsource for talent online, we tapped social media to invite filmmakers around the world to enter Rain Bird’s Intelligent Use Of Water competition for the best short films that would portray the urgency of the global water scarcity issue. The experiential campaign included a microsite and digital communications to engage Millennials on Twitter, Facebook and MySpace. We tapped into online forums for filmmakers. Grassroots efforts included street teams sent to 40 schools nationally to promote the competition to students, film professors, and with the American Film Institute and American Cinema Foundation. We received 87 film entries in three months, showed finalist films at a guest-only LA event and awarded monetary prizes for top winners.

Selected by both the manufacturer of the vitamin products and the family of the late Dr. Linus Pauling, a major push was necessary to launch this new line of Linus Pauling Vitamins™ into an already over-exhausted competitive environ while overcoming the challenge of lack of awareness of the “persona” among the younger generations. The agency strategically crafted an editorial story that was then produced as camera ready artwork and distributed to newspaper outlets across the country. To increase repetition of the message points, a radio mat release program was also coordinated. The six-month campaign resulted in over 728 placements in newspapers nationwide, representing a circulation of over 7.6 million people. The radio mat release, which was timed to “break” just prior to the print stories, garnered broadcasts totaling over 740 airings of our “prepared” story, for a total audience reached figure of over 4.3 million. In addition, the agency created a video news release which generated coverage for Linus Pauling Vitamins on major network affiliated in top-tier cities.

Launching a Flying Disc Into a New Consumer Category

When WHAM-O, makers of the beloved and universally popular Frisbee, wanted to move it from the toy category into a new Frisbee Sport line of products, the challenge was to reconnect with the hard-core Frisbee enthusiasts and create a brand new generation of loyalists eager to experience the spirit of the brand’s competitive roots. Rather than focus on athletes, the agency targeted parents and their young children and teenagers. We developed a family-focused media relations program, timed to peak during the key spring and summer selling seasons, and implemented a junior high school physical education Frisbee sport teaching curriculum, coordinated with the Ultimate Players Association. Midway through the campaign, the Association officially approved the Frisbee Sport Disc for match play.

A Shift in Millennial Outreach

High school students have traditionally relied on college counselors to guide their futures. Enter Destination-U (D-U), an online higher education-matching service aimed at the mass college-bound Millennial audience that analyzed students’ unique needs and attributes. We needed to establish credibility for the developer and CEO, Toby Waldorf, a certified college consultant, as well as tout D-U’s innovative research and proprietary algorithms that made it a valuable tool. So we “piggybacked” onto national news about declining college graduation rates and conducted a satellite media tour, and developed a content strategy that included social media, digital and word-of-mouth communications and a mat release program focused on matching students’ personal college satisfaction metrics vs. searching just for traditional college attributes. We also penned several op-eds under Waldorf’s byline.

With more than 2.5 million men and women serving in the armed forces and more than 4 million family members, the troops and their families depend upon the USO for critical programs and support. While the USO thrives through donations from major corporations and strategic partners, the agency, as their agency of record, saw an opportunity to tap an under-represented source of income through grassroots individual fundraising. Events such as Barbecue for the Troops, (leveraging the quintessential summer backyard barbecue), and Dance for the Troops, targeting school dances and New Year’s galas, were designed to mobilize individuals into throwing fundraisers in their local communities. Each campaign was supported with media relations, strategic partnerships, and organizational outreach.

Designing an Experiential Lifestyle Marketing Platform For a Hotel Chain

The challenge for Luxe Hotels was to design an experiential and lifestyle synchronized communications platform that was workable for both Luxe Hotels (branded properties) and L.E. Hotels, a collection of premier independent hotel properties worldwide, across 31 countries. Multi-channel digital communications streams had to work in concert with each other regarding overall positioning and messaging, and needed to be dynamic by design, addressing different audiences from various angles. The programming was designed to be foundational and sustainable, as the brand expanded. We implemented an overarching brand platform and specific programming per business unit, that included a Brand Share of Voice and Consumer Engagement as well as Partnerships and Quarterly Engagement, Influencer Marketing and Special Promotion programming that would be tied to seasonal happenings, news cycle or opportunistic events.