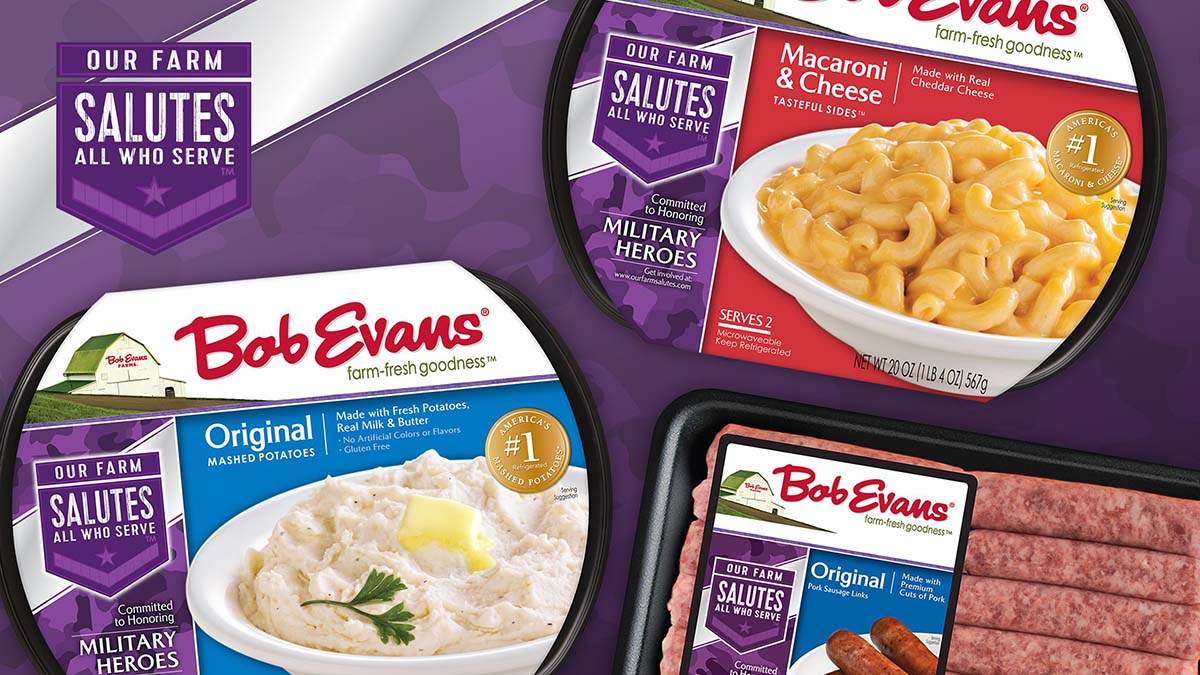 For the past five years, Bob Evans Farms (BEF), the beloved household name company that has been making delicious, quick-to-table farm-fresh food sold nationwide for the past 70 years, has committed to supporting and honoring Veterans, active military, as well as their families through the company’s Our Farm Salutes (OFS) initiative. This is an ongoing campaign that provides patronage through awareness, donations, strategic partnerships, grant opportunities and volunteerism.

Probably a best kept secret to date is that Bob Evans himself was a proud and valued Veteran, who made it his mission to incorporate and instill Veteran and military support through the brand’s culture and philanthropic efforts.

The 2021 OFS campaign began with BEF’s $100,000 donation to the USO, a contribution made as part of their “Making a Difference, Bite by Bite” shopper marketing campaign in which the company released limited-edition specially marked packaging of its refrigerated products.

To strengthen their campaign, BEF needed a passionate and recognizable spokesperson. The agency secured actor and activist, Gary Sinise, to pay homage to military heroes by releasing a series of broadcast television and radio public service announcements. The agency wrote, shot, and edited multiple versions of a PSA featuring Gary Sinise’s support for BEF and their OFS program. Additionally, the agency spearheaded and earned media placements that resulted in Sinise being interviewed on MSNBC’s Morning Joe, Fox News, Yahoo! Finance, KTLA’s Sam Rubin, and more, speaking on his partnership with BEF, as well as what the American people can continue to do to support and honor the American troops.

Earlier this month, the agency also supported BEF as it launched its annual Heroes to CEOs grant-giving program in hopes of providing one lucky entrepreneurial American Veteran the opportunity to present their business proposal for a chance at winning a $50,000 grant. In addition to the grand prize, five finalists will be chosen as runners-up, each receiving a prize grant of $10,000 each. Past winners include Milk Money Kitchens, Bronze Star Homes, and Peak Safety Systems to name a few.

Lastly, to celebrate the festive Fourth of July holiday, BEF partnered with The Columbus Zoo for Military Family Free Days, an event offering free admission to Veterans, active servicemen and women, as well as their families, for a day of fun within the Columbus, Ohio community. 15,000 BEF product coupons will also be distributed at the event for anyone with a valid military ID.