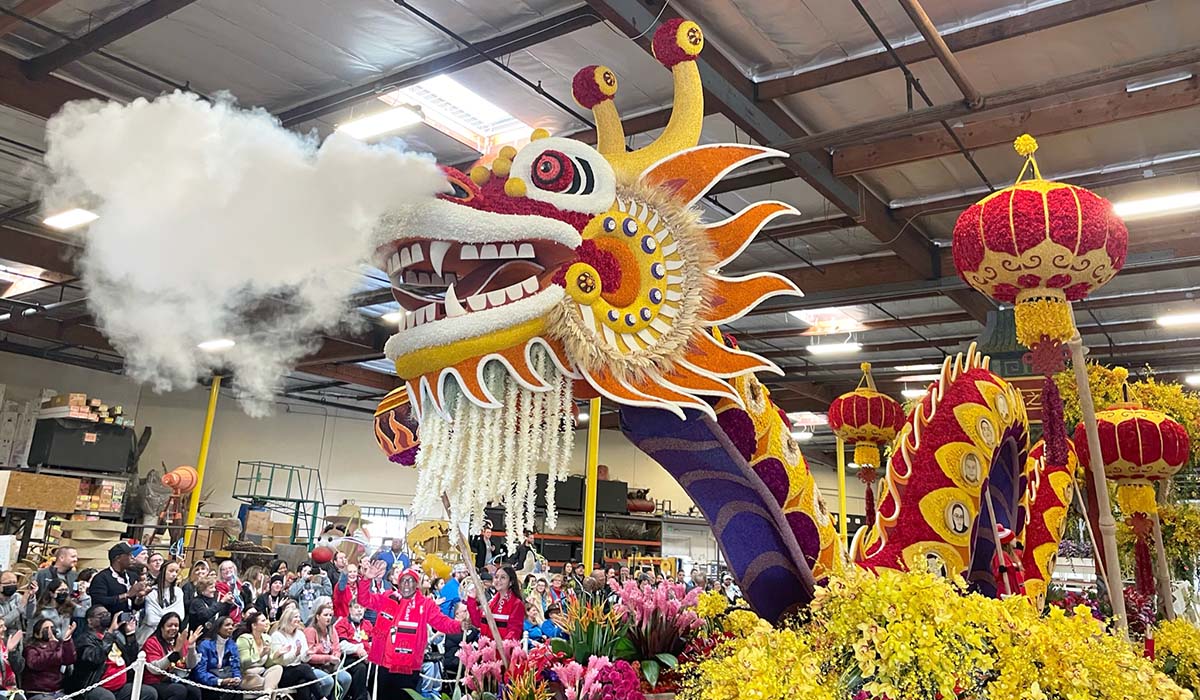 In preparation for the 134th Rose Parade, Fiesta Parade Floats hosted thousands of excited volunteers for “Decorator’s Week”, a round-the-clock undertaking to add the finishing touches of floral and dry decorations to Fiesta’s participating floats. Decorating the visually stunning floats needed to be completed by Judging Day on January 1 before participating in the 2023 Tournament of Roses Parade the following day.

For the 22nd year, The Pollack Group partnered with Fiesta Parade Floats and its clients to promote the floats and their inspiring themes and showcase why Fiesta has earned its position as the most-awarded float builder in Rose Parade history.

A key component of Decorator’s Week was a successful media relations strategy that secured extensive local and national coverage through broadcast, print, and online news outlets. Coverage included English and Spanish-language media, including NBC Los Angeles, Telemundo 52, Los Angeles Times, and the Pasadena Star-News, among others.

Fiesta is the only float builder that retains a full-time PR agency to drive coverage for the company and its clients. TPG staff were on-site at Fiesta’s warehouse in Irwindale, California, all week. They coordinated media interviews, served as on-camera spokespeople, drove coverage of heartwarming human interest stories, and put the spotlight on both first-time and returning float sponsors.

The coverage gave viewers across the country a glimpse into the tireless effort and enjoyment that goes into preparing the floats in preparation for the Rose Parade, a longstanding tradition that attracts millions of spectators and viewers every year.

The Pollack Group also produced, shot, and edited short videos that beautifully captured the exciting behind-the-scenes action of decorator’s week. All of the non-stop action and excitement was captured through an organic social media strategy that engaged volunteers, float-builders, client partners, and parade fans from across the country.

“Winning the Sweepstakes Trophy is a testament to the sustained excellence and tireless efforts of the entire team at Fiesta Parade Floats,” said Tim Estes, president of Fiesta Parade Floats. “After a challenging couple of years, it truly feels like we are turning the corner. We are honored to win six awards and look forward to exciting new opportunities in 2023.”