Curator Paints Brings The Colors Of Ireland To American Shores 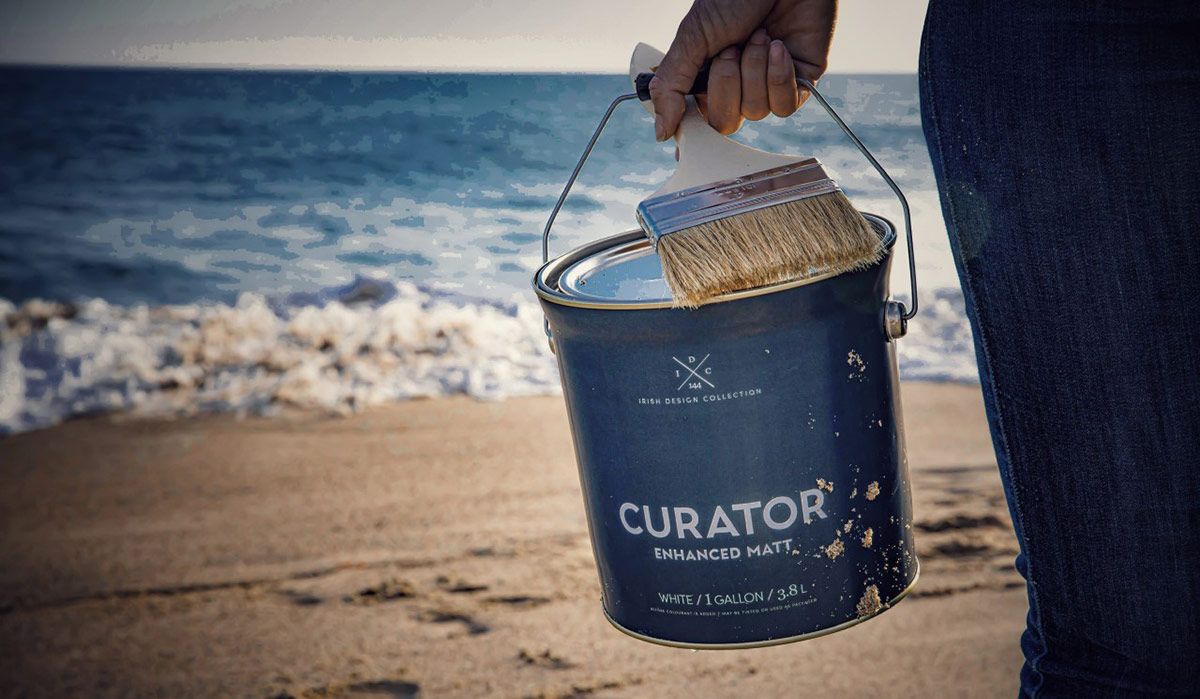 As the leading paint manufacturer in Ireland, General Paints needed an agency to develop and execute a digital campaign to support its new brand of premium designer interior paints. The Curator brand of paints was unique because it was not only the first Irish paint brand to make it to the United States, but it also came with a comprehensive palette of colors. Each color came with a story derived from the unique artisan culture that has been a part of the Emerald Isle fabric for centuries.

Having no brand recognition in the United States, the agency immediately set out to launch a number of primer campaigns on Facebook and Instagram that lay the foundation for the arrival of Curator a few months later. The initial campaigns were designed for data capture. They were targeted and retargeted to a broad range of audiences with teaser content to gauge and capture interest. This was earmarked to help develop an audience profile to build off of, for when the new line of paint eventually hit the shelves of U.S. retailers.

Armed with the insights from the initial data-capture campaigns, the official launch of Curator in the United States was supported by a comprehensive digital campaign that utilized Facebook, Instagram, and Google PPC to engage existing and new audiences. Audiences were categorized into three engagement levels based on motivation to take action and their knowledge of the available premium paint brands (Low Motivation-Low Knowledge; High Motivation-Low Knowledge; and High Motivation-High Knowledge). Each group was targeted with different ad copy and creative to resonate with their specific mindset related to their interest and propensity to begin a painting project. As each level responded to an ad, they were then retargeted with the next engagement level of ads, and so on, until they eventually turned into conversions at the bottom of the funnel. All PPC and paid social campaigns were linked to the website analytics, allowing the agency to monitor behavior and activity in real-time and make adjustments as needed.

As the agency analyzed the engagement and response data, it uncovered a messaging and content code for taking a target from the top to the bottom of the conversion funnel. Successful conversion codes were replicated repeatedly and used to target both vertically and horizontally scaled audiences. The process of intensive targeting and comprehensive data analysis yielded insights about the Curator audience of prospects and helped guide future rollouts in new regions of the United States. Online engagement levels increased sharply as the product began to roll out to New York and Los Angeles markets. While not officially tracked, all retailers reported a significant increase in foot traffic and customer awareness of the Curator brand.