Barco Uniforms Cares For The Environment 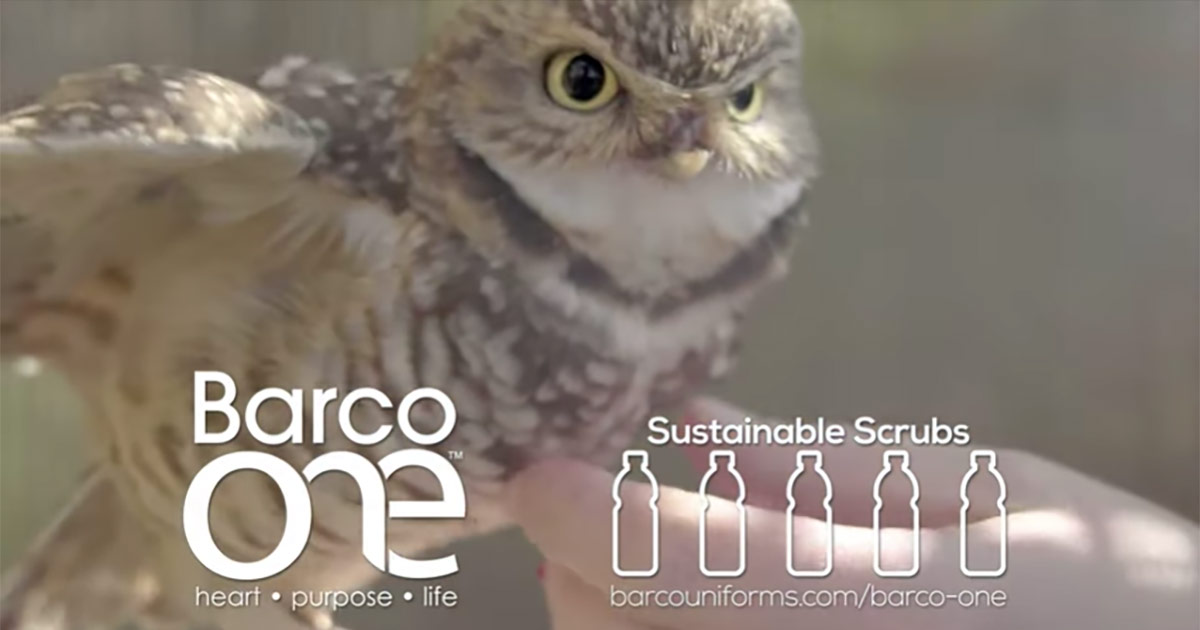 Studies show that approximately 91 percent of plastic is still not recycled and ends up in the ocean instead. Barco Uniforms, a recognized leader in design innovation in the premium health care industry, is determined to help change that.

In 2016, the company launched the Barco One brand of medical scrubs, which incorporates five recycled plastic bottles into the fabric of each garment; likewise, its Skechers™ by Barco scrub brand incorporates seven bottles per garment. Collectively, the company has recycled over 17 million plastic bottles. If those bottles were lined up, they would stretch approximately 2,121 miles – longer than the distance between Miami and Denver.

Partnering with The Living Desert Zoo and Gardens

For 50 years, The Living Desert has engaged in the important work of preserving, conserving and interpreting the desert and all its varied plant and animal life. Veterinarians provide care for a wide variety of species – including many that are threatened with extinction. Earlier this month, Barco proudly announced a partnership to become the official medical scrubs provider for the organization’s renowned veterinary team, who will wear the Barco One brand as they provide the highest level of care for all animals.

The opportunity to partner with The Living Desert Zoo came from an unexpected source; fashion model Lauren Gish, first hired to work for Barco in 2016 when it launched – surprise! – Barco One, helped coordinate an introduction between the two organizations. Lauren’s family has been actively involved with the famous zoo and botanical gardens for decades.

Barco turned to The Pollack Group to promote the partnership and showcase the medical apparel, as well as highlight The Living Desert’s tremendous work with animals. The Pollack Group produced a series of videos highlighting these important messages. These have since been widely shared on social media and can be viewed on Barco’s website. Guests at The Living Desert who visit the on-site animal hospital can also view our work; our video is played on a continuous loop on a television in the lobby area. Now that’s a compliment!

All three videos can be seen below