A New Look For The World's Largest Mobile Audience Network 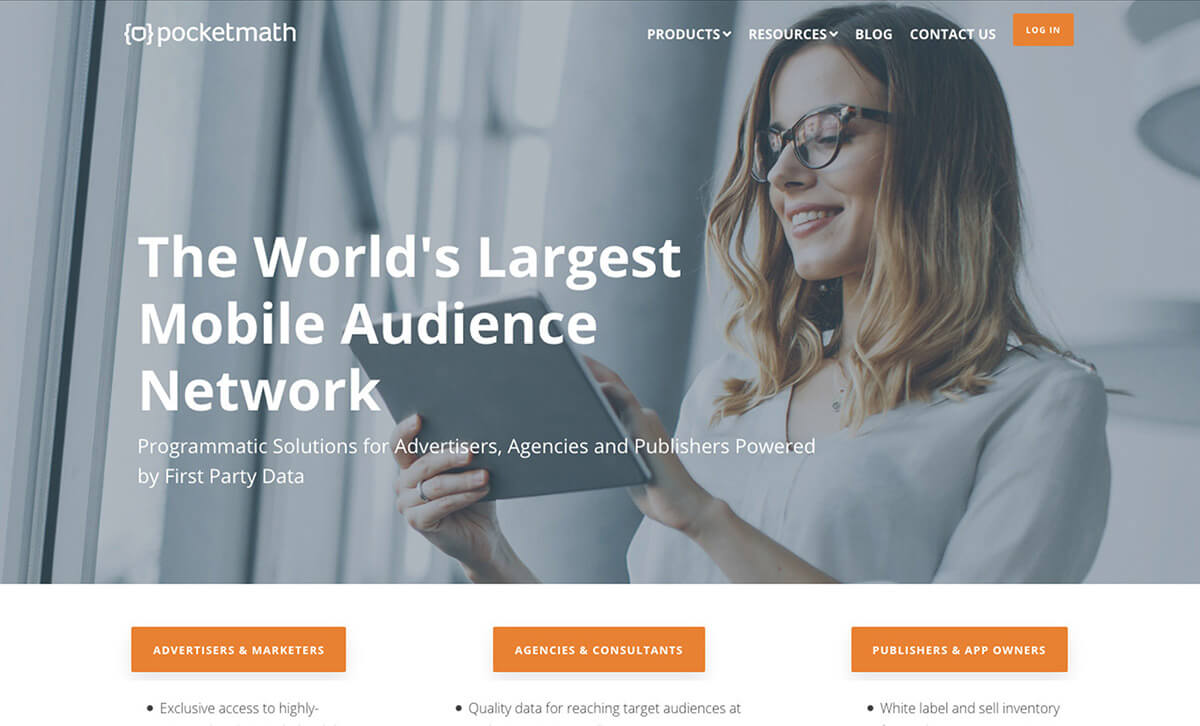 The world's largest mobile audience network, Pocketmath, needed to refresh its website to better reach advertisers, agencies, and publishers and re-define their position in the marketplace. The messaging needed to clearly articulate the platform's value to the right audience so, strategically, we determined it would be best to catch all of the traffic and then divert them to landing pages based upon their specific audience profile. Each landing page would be messaged and positioned specifically to the target audience and made relevant to them.

PPMG's LAB186 started with an overall messaging strategy that was built upon what the client wanted for new users, as well as for their existing users. We then assembled a wireframe design of the website that outlined the pages and user flow. Following, we built redesigned pages on the client's platform, HubSpot, including newly-created landing pages designed for Advertisers, Agencies, Publishers. Throughout the redesign process, the client was also able to log in and update pages with new design elements as they were being completed by their team in Singapore.

The agency wanted to focus on the human aspect of the platform: highlighting photos of real people using apps or mobile computers to depict the target audience of a younger, technologically-savvy generation that has likely employed the platform with a remote team (employees operating marketing campaigns from their laptops in coffee shops). Whereas the original design implemented illustrations of diverse users, we leaned into depicting diversity and Gen X/Millennial users using real photographs of people so that audiences can better connect with the brand.

The result was a site with a clear flow for new users to learn more about the platform. Final steps were made to optimize the platform for speed, performance, and SEO.