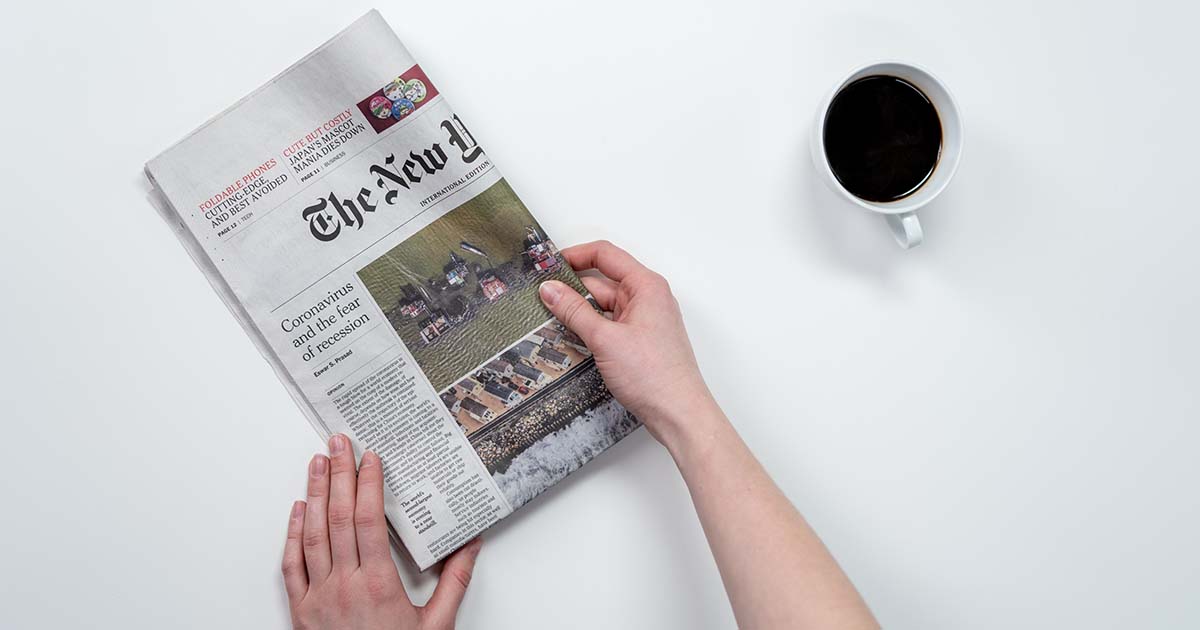 Like most, I consume my daily news online. I peruse numerous media outlets and read stories from wire services, major dailies, and of course, The Wall Street Journal, and browse through CNN.

But first comes the New York Times, surprisingly not the online version, but the real paper, paper. Something comforting about seeing the NYT there on my front steps. It is like an old friend that shows up every day, on time, and never lets me down. So, I pick it up and then grab my first latte.

My habits for reading the paper also do not deviate from the routine. I read the headlines on the first page, read the article itself, but only until it asks me to turn the page to whatever. Then I make a mental note of what I want to read later and then turn to the Op-ed pages. There I settle into mental discussions with the authors and devour opinions and differing views, always holding attentive mental dialogue between the writers and myself.

You can imagine the surprise I got when I read that after 50 years, the Op-ed page is being discontinued due to “geography,” meaning where to put it online. According to the Times, “in the digital world, in which millions of Times readers absorb the paper’s journalism online, there is no geographical “Op-ed,” just as there is no geographical “Ed” for Op-ed to be opposite to.” No geographical what? I had to re-read this sentence a few times before I grasped what it said.

The next reason NYT gave for ending a 50-year success track of the Op-ed page, was that it is “a relic of an older age and an older print newspaper design.” A relic? Worse than geography.

Apparently, editorials will still be called editorials but will have the Op (opinion) dropped from its former Op-ed name. As long as my favorite columnist friends, such as Frank Bruni, Tom Friedman, Paul Krugman, David Brooks, and more, remain there to challenge my morning brain, I am fine with the change.  Only articles written by outside writers will be known as “Guest Essays,” which will now be the new headline.

Back in 1849, the French writer Jean-Baptiste Alphonse Karr coined a phrase that applies --“plus ça change, plus c'est la même chose.” Or “the more things change, the more they remain the same.”

It works for me.