An Agency Birthday Worth Counting... 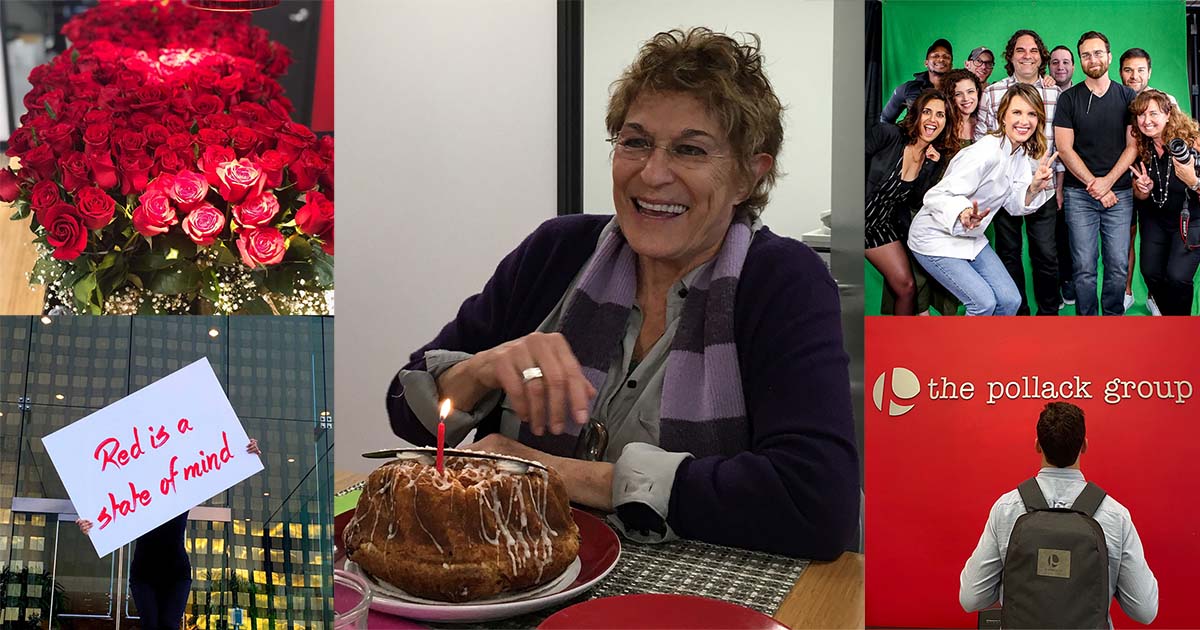 An agency birthday worth counting...

This month, it’s a whopping 37 years since I put the key in the lock of our first 600 square feet windowless office space in Century City. It’s not a milestone birthday this year, unless you consider every year that we are in business -- a milestone. It was certainly a milestone at the end of our first year, back in 1986. And then we breathed a sigh of relief as we turned into our 2nd year, and then not again until our 5th one and so on. Subsequently, we noted only the ones that ended in a 5 or 0. But now, it’s less than 4 decades, yet more than 3 -- certainly not a special birthday and yet here I am viewing the landscape of where we have trodden over the 37 years.

My younger colleagues chose this birthday occasion to pose the usual questions as to what triggered me to start a business, how did I circumvent oncoming challenges, and what has changed since then. The thing is that along the way, one doesn’t think about it, one just does what is needed. So, they are not easy questions...

What triggered me to open the doors of the agency is the easy one and the mundane one... I just thought I could do it better than others. I brought a “can do” attitude, one that inspired confidence in others, if not necessarily in my stomach. Also, I had a certain arrogance. I felt assured that the “art” of logical thinking, coupled with intelligence, of which I felt confident I had, would see me through. Yes, arrogance...

There was also a secret pride in me that I could help set a path for entrepreneurial courageous women to follow suit. (Needed in 1985, not so much today.)

And so on... The ever-growing tactical tools available to us, changed our world.

We moved from a largely individual-focused world to a new interconnected and wired world. I like to think that the last 37 years have seen such dynamic changes that it amazes me how we kept in lockstep over the years.

And as professionals we evolved...

In 1985, we were what the marketplace needed us to be – public relations and marketing specialists with passion, tenacity and a creative imagination that kept raising the bar as to what could be done... We did not know what couldn’t be done, so we tried it anyway based on logical thinking and careful evaluation, expanding in the process the horizons of our clients. Media relations meant finding that trigger that would interest journalists to write/speak about our clients. Word of mouth meant just that - one on one...

In 2022, we have evolved into what the marketplace needs us to be today and prepare us for who we want to be tomorrow – super-powered individuals with technologies at our fingertips that allow us to now behave as brand psychologists, audience behavior analysts, data geeks, strategic content creators and communicators. Word of mouth is now influencer relations and media relations has expanded its scope to include paid, earned, social and owned media relations.

What has not changed, what has motored us through our 37 years, is what I started out with – logical thought and a dependence on intellectual capabilities. Clients still want their own communication goals met as always, but now they want to go where they have not been before, let’s say a deeper dive into the digital world of communications or the world of metaverse or artificial intelligence. They still want trusted relationships, only now they look for higher levels of currency and look to the savviness of their counselors to guide them through new and newer platforms, on which they have not yet tread.

We are privileged to have been a witness throughout our 37 years to some of the most accelerated changes in our industry – ones that have impacted the PR consciousness and subsequently changed the ‘way it was’ forward. And it will continue to change -- maybe in a less accelerated way but still, it will be about crafting the customer experience for people “not necessarily like you, (the brand)” – people who are generationally, culturally, and geographically different, in order to stand out in a “sea of sameness.”

And, as The Pollack Group, we collectively remain vigilant to marketplace changes and are committed to remain early adopters of innovative technologies that are poised to impact our industry in the future.