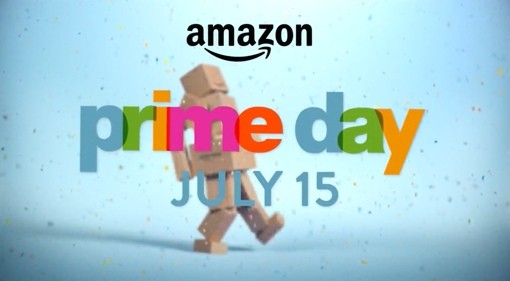 For its 20th anniversary, Amazon decided to create a new shopping “holiday” Prime Day, named after the online retailers membership platform, Amazon Prime. At first glance, other than the self-serving nature of the new “holiday”, the concept appeared to be a stroke of brand marketing genius from the company that more or less pioneered online retail. Touted by Amazon as the day that would upend the other big shopping day of the year, “Black Friday,” excited shoppers prepared to grab deals that would be better than those offered at the traditional start of the holiday shopping season. While the hype surrounding Amazon’s new shopping day may have been on par with the hype surrounding black Friday deals, for most consumers, the Prime Day turned out to be a real turkey. It offers false expectations. Amazon should have left the comparison to Black Friday out of the equation and not messed with it.

For one thing deals and discounts were planned for its Prime membership — which is fee-based at $99. So the principle of having to spend money first and get discounts later did not sit well with the grumblers on social media. Amazon did open it up to nonmembers who could sign up for a free 30-day trial to participate in the promotion, but participate in it anyway. Just imagine the added boost for Amazon to get all that data from non-members in one day!

For another thing, deals sold out quickly resulting in much social media squawking — generally describing Prime Day as a bust, with Twitter posts such as “Happy Prime Day? More like #crappyprimeday.” People criticized lackluster deals, shifting prices and technical glitches.

What Amazon did create in abundance is a rise in sales for themselves — like 80% more than last year. Sales in Europe rose about 40 percent, according to the firm, which helps merchants sell on marketplaces including Amazon. The promotion was successful in the U.S. because it tripled Amazon’s normal growth rate of about 25 percent.

But the ordering peak lasted until noon. Most buyers were generally turned off, when remaining deals were about vitamins and cleaning products, rather than top selling electronic devices. Again, no comparison to Black Friday, which is a shopping day like none other and counted on by millions of households to fill wishes and needs that otherwise would be unaffordable.“

Amazon’s evaluation of success should be taken in stride for the grumbling that was heard loud and clear on social media platforms can certainly not be ignored. It’s worth remembering that frustrated and unhappy customers are not returning customers and that people today buy from companies that care for them, not just the profits.

The biggest miscalculation that Amazon made was by far their decision to take on Black Friday, a day that is firmly lodged in the minds of consumers as the biggest shopping day of the year. If Amazon really thought they could overtake a day that has organically grown to become a national shopping day, with a day that never existed until yesterday, then this might be the biggest miscalculation since Coke decided to change their formula and launch New Coke, exactly 20 years ago this past April.

I guess history does repeat itself.