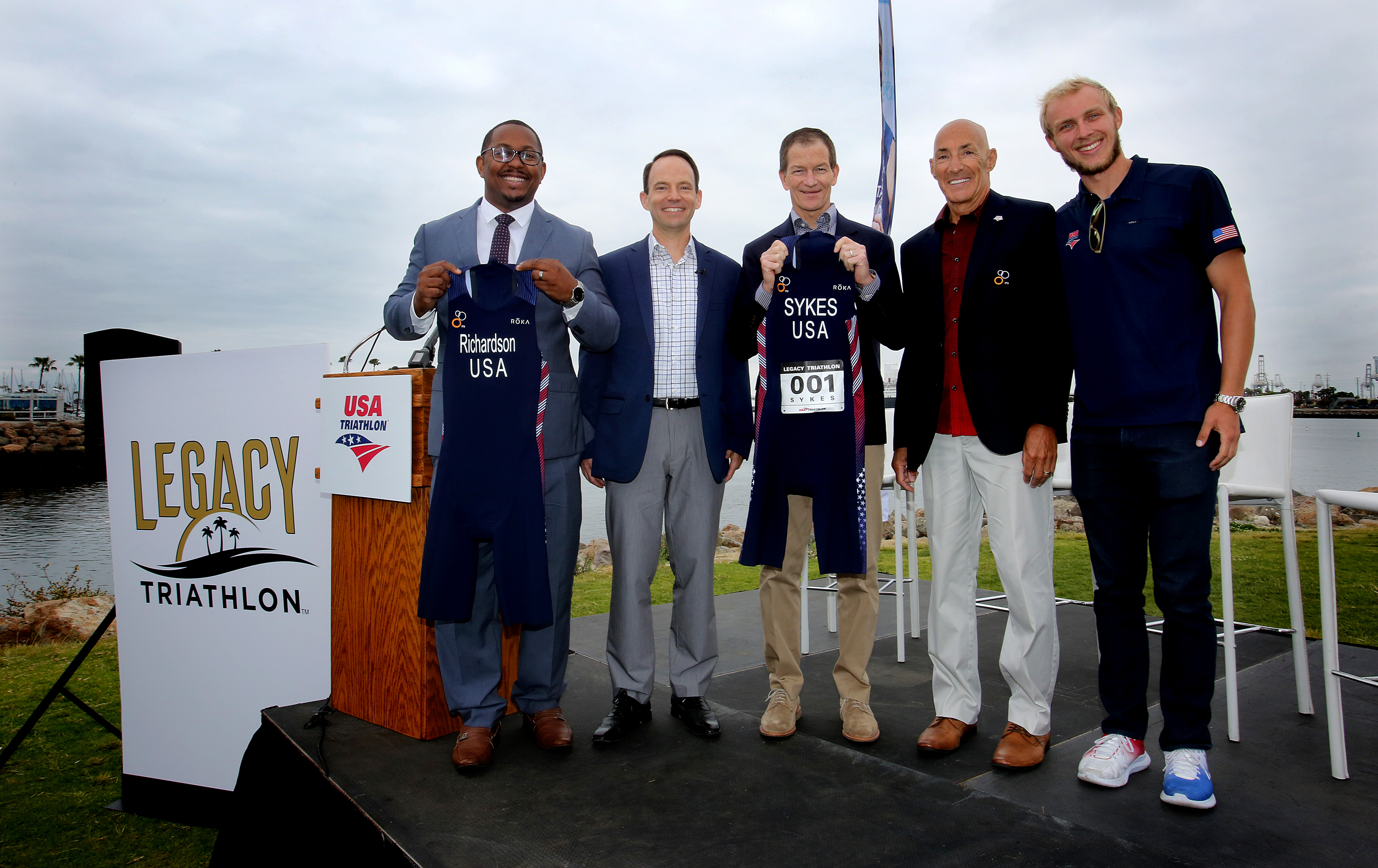 The wait is over! USA Triathlon, in partnership with the City of Long Beach, unveiled its new “Legacy Triathlon” event that will be held near the proposed site of the triathlon competitions for the 2028 Olympic and Paralympic Games.

The event drew network and online media attention, including coordinated live broadcast hits throughout the morning from FOX 11 Los Angeles and KTLA. The press conference was also streamed live online via Facebook Live, drawing viewers and social media engagement from USA Triathlon’s Facebook following. Triathletes also conducted a demonstration at the announcement venue, engaging Olympians, elite triathletes and local clubs alike to give the event crowd a taste of the Legacy Triathlon, which will debut in 2019. As the first National Governing Body to bring a new annual event to Los Angeles ahead of the LA 2028 Olympic and Paralympic Games, USA Triathlon took a major step in building its legacy ahead of the first Summer Games to be held in the United States in 32 years.

View the full event release here, and view the coverage on FOX 11 Los Angeles and KTLA.