Promoting Golf’s ‘Biggest Party on Tour’ At The #DiamondLPGA 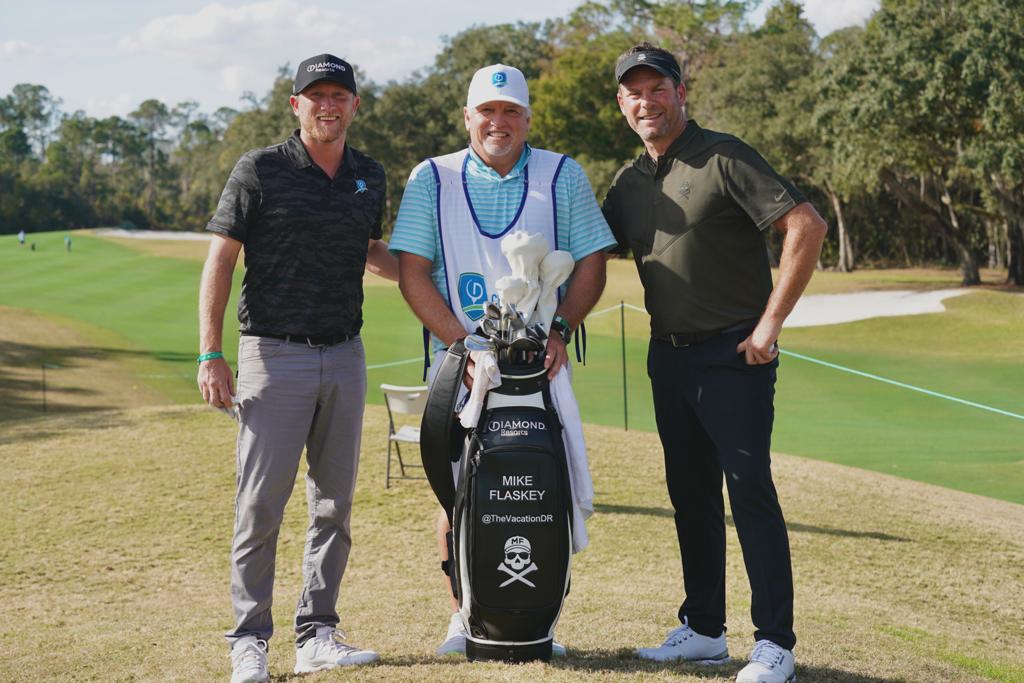 For the second straight year, the agency attended the Diamond Resorts Tournament of Champions (#DiamondLPGA) in Orlando, to assist with social media content production for client Diamond Resorts. The four-day golf tournament, televised on NBC and Golf Channel, featured the world’s top women’s golfers including, for the past two years, a field for Ladies Professional Golf Association (LPGA) tournament winners only. The professional golfers play alongside notable celebrities from the sports and entertainment world, including former Bachelor Ben Higgins, NBA legend Ray Allen, NFL wide receiver Larry Fitzgerald, and country music artists Toby Keith and Cole Swindell. A fun combination of golf and entertainment, the tournament is referred to as the LPGA’s “Biggest Party on Tour.”

The agency’s primary role was to create, and carry out, a social media content plan for the CEO of Diamond Resorts, Mike Flaskey. Three years ago, Flaskey helped put together the unique concept of an LPGA-Celebrity tournament, and the week of the #DiamondLPGA event was certainly a significant time for Flaskey to be seen active and engaging on social media. The agency successfully leveraged Flaskey’s social media presence to generate enthusiasm before and during the tournament, promote media coverage around the event, and provide behind-the-scenes and exclusive access to the event and celebrities. It was also a time to hammer home the importance of diversity and gender equity, as well as Diamond’s support of women’s golf. The social media channels were also vital in promoting Flaskey’s branded apparel line, where 100% of the proceeds go to charitable causes.

The results of Flaskey’s social media posts, including daily video content, garnered over 900,000 Twitter impressions during the week of the event, and over 2.5 million impressions in January 2021 alone. Flaskey’s best-performing Instagram and Twitter posts to date, were produced during the week and his accounts saw dramatic follower growth during, and in the days after the event.