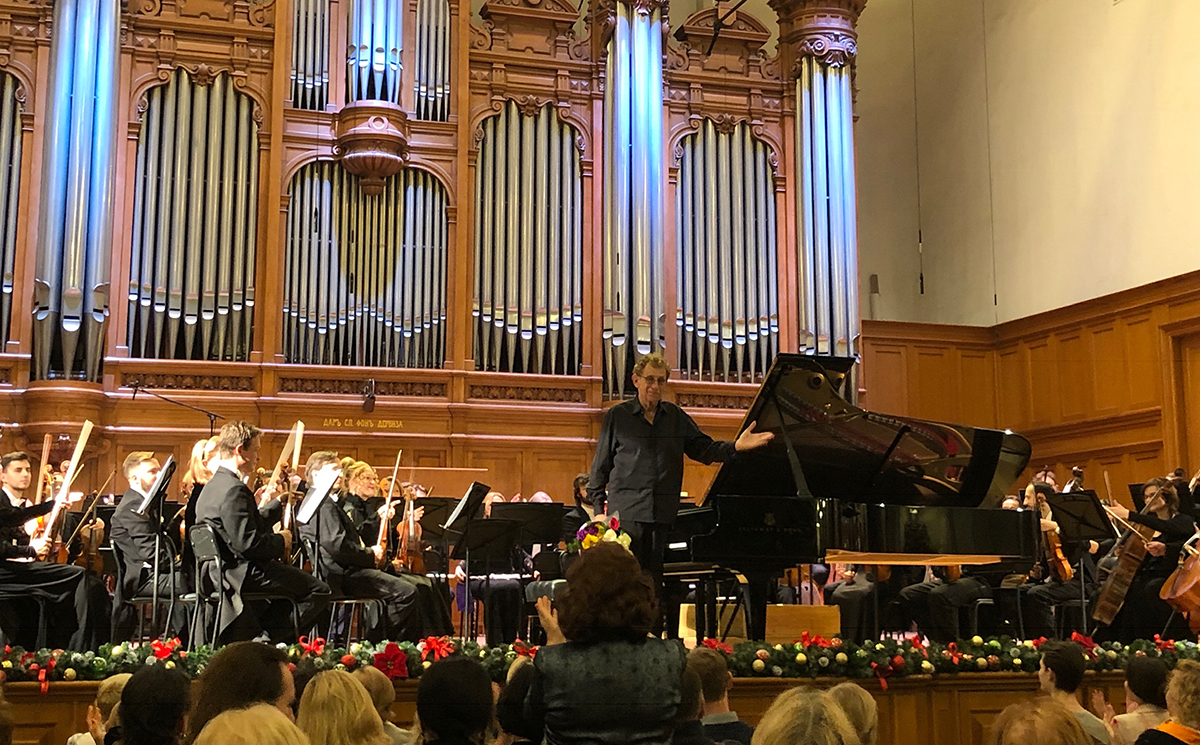 Daniel Pollack, husband of Noemi Pollack, performed once again in sold-out concerts as soloist with the Moscow Philharmonic, performing the Chopin Concerto #1 on December 24 in the Rachmaninoff Hall and again on December 25, in the famed Bolshoi Zal of the Tchaikovsky conservatory. This marks Pollack's 19th concert tour in Russia. Following the concerts, Pollack was invited by U.S. Ambassador to Russia, Jon Huntsman, for a salon concert in his residence, Spaso House, and a reception for an audience of 500 people that included diplomats, ambassadors and Russian cultural figures.