Hats Off To The Royal Wedding With SodaStream 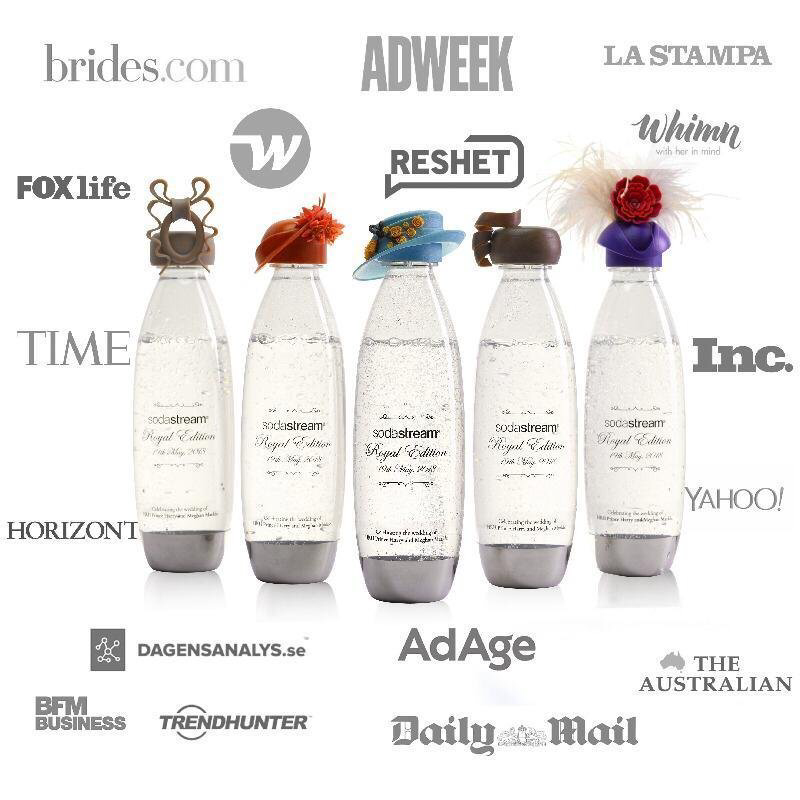 SodaStream tapped the agency to reveal its Royal Edition Bottle auction for Surfers Against Sewage in celebration of HRH Prince Harry and Meghan Markle’s wedding. The set of miniature wedding bottle ‘hats’, inspired by iconic looks sported by female royals, were created using state of the art 3D printing technology. The limited-edition bottles were auctioned off at RoyalSodaStream.com with bids open to royal fans worldwide. Surfers Against Sewage received 100% of the proceeds from the auction. PPMG secured more than 4.8 billion impressions for the campaign.