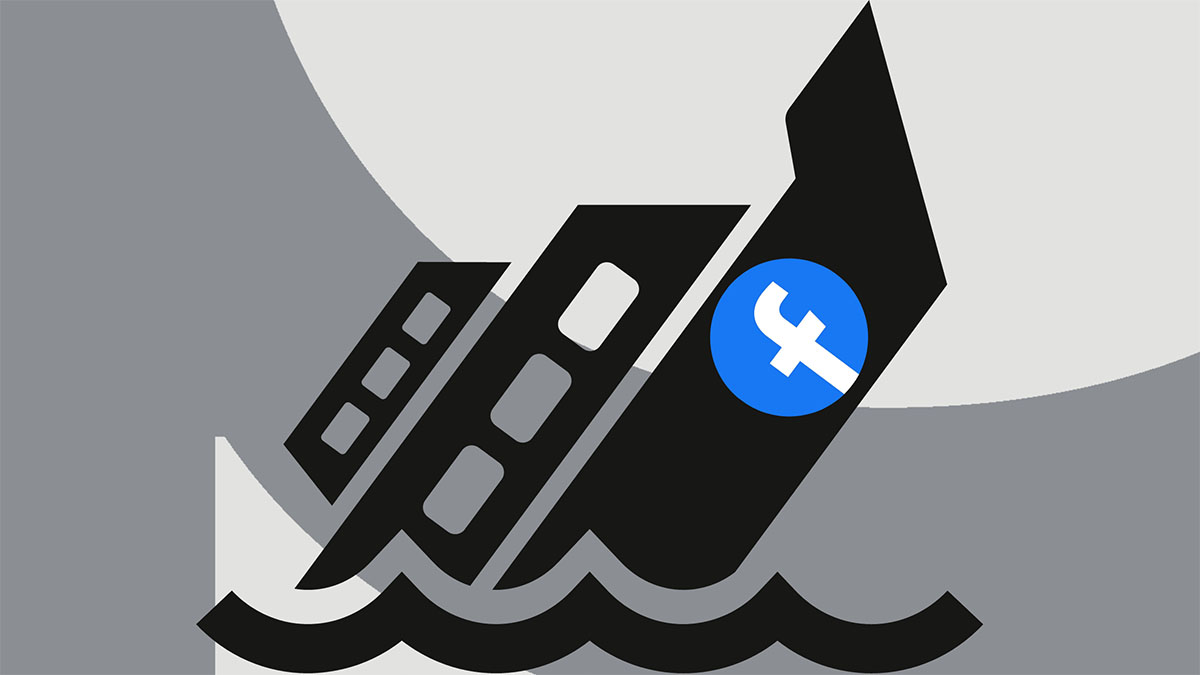 Few social media platforms have been as polarizing as Facebook, Mark Zuckerberg's social networking service that officially rebranded to Meta in 2021. Once the top social media app, Facebook has experienced a steady decline in recent years and has become a less favorable platform, especially for Millennials and Gen Z'ers.

In February 2022, the company announced its fourth quarter and 2021-year-end results with a remarkable conclusion: for the first time in 18 years, the social networking platform dropped from 1.93 billion daily users to 1.929. The significant dip has prompted many to believe that Facebook has overstayed its welcome. But can it be saved?

Although Facebook purchased Instagram in 2012, it has had difficulty competing with rising star TikTok, a short-form video hosting service. TikTok's algorithm is far superior to Facebook's, feeding relevant and appropriate content to users that extend beyond geographical locations and shared connections. TikTok has expertly crafted unique ways to get to know its users on a deep, emotional level.

The 2020 election was riddled with countless right-winged propaganda, much of which the social media platform ignored. For example, a Facebook whistle-blower confessed to Buzzfeed News with a 6,600-word memo detailing how the platform manipulated elections worldwide. The data scientist, Sophie Zhang, claims she was fired when she voiced concerns to upper management and stated she witnessed "multiple blatant attempts by foreign national governments to abuse our platform on vast scales to mislead their own citizenry…"

Additionally, Zhang declared she made "personal decisions that affected national presidents without oversight" and professed to have "blood on her hands." Facebook has never responded to her claims.

Additionally, in 2018, news leaked that social media monitoring firm, Cambridge Analytica, violated Facebook's terms by gathering private information from social media users without permission. Cambridge Analytica allegedly used this information to target voters through "hyper-targeted" messaging. In doing so, the monitoring firm claimed responsibility for helping President Trump win the 2016 election. The scandal was incredibly concerning for Americans, leaving many to question whether they can trust the motives of most social media platforms, especially Facebook. Considering the many accusations behind the company's questionable ethics, it's easy to understand why.

As mentioned, social media platforms such as TikTok are dominating social trends, mainly due to its fresh approach in user-generated content. While TikTok has become a popular platform for users of all ages, Facebook's audience skews older, mainly Gen X and Baby Boomer generations. This is likely due to the timing of the social guru; Facebook publicly launched in 2004, after the short-lived popularity of Myspace and at a pivotal time for internet technology.

The generations that continue to use Facebook today have been doing so since the early days of social media when Facebook was new and exciting. Older generations seem less inclined to learn about up-and-coming social platforms and would rather continue with a platform to which they are accustomed. On the other hand, Millennials and Gen Z generations have moved forward, deleting their accounts, or ignoring Facebook altogether, opting for more up to date alternatives.

Unsurprisingly, a 2020 US Digital Trust Survey found Facebook to be the least trusted social media platform among US consumers. Senior researchers believe the Cambridge Analytica scandal to be a leading factor in social media users abandoning their trust in Facebook's ability to provide accurate news stories. Additionally, a vast majority felt their privacy and data were vulnerable to hackers, and many felt prone to receiving misinformation. Considering the recent election biases and the number of uncredited theories that run rampant on the platform, the data supports the notion that Facebook users are catching on to the brand's misconduct and are sending an important message to other social channels: harmful agendas come with consequences.

With the many controversies surrounding the once-popular social media platform, the glaring question remains whether Facebook can stay relevant amidst dwindling numbers. Mark Zuckerberg is still one of the most popular business minds in the world. Can Facebook be saved? Probably. But, will it be? The answer remains to be seen.