Fortnite Is More Social Than Media, And That’s The Reason For Its Success 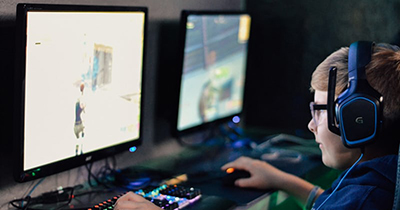 In a time when games and apps are being developed by the hour, it’s no surprise to hear about a new company stepping into the tech scene and gaining a major following. However, when that new brand goes viral and becomes not only a virtual gaming platform, but an entire movement onto itself, heads are bound to turn. Enter, Fortnite.

Fortnite’s rise to fame was so fast that if you blinked, you might’ve missed it. The international virtual game, released online to users in late 2017, takes place in a modern-day setting where humanity has mostly disappeared. Users are prompted to collect materials to build protective “forts” (as the name suggests), and to collect any materials that might supplement their survival. What ensues from these varied features is an all-out battle between users. It’s no wonder that this has triggered comparisons to the Hunger Games franchise.

Of significance is that users are encouraged to communicate with one another, a feature that has pushed Fortnite’s evolution into a platform for social engagement. The game features a built-in voice chat function encouraging users to communicate while competing. This element of virtual communication is common among app and traditional video games alike, but Fortnite’s fervent fanbase has resulted in a massive online community.

According to Fast Company, the game combines accessibility, sociality and spectacle in way that no other game has. As a result, it has become a more benign environment for people to engage. Rather than worry about the right filters on Instagram or nailing a caption on the traditional social media platforms, Fortnite users are motivated by enjoyment and the game’s created sense of accomplishment. It offers both an addicting formula seen by fellow app game hits and a low-pressure environment for (virtual) human interaction. With over 200 million users, Fortnite’s formula is clearly successful in attracting users.

This means that the game’s free platform, combined with the ability for users to customize their characters’ experience, along with making the elimination process (when you lose) a bit more of a show than just a failure, this has made Fortnite a game which necessitates personal investment in the user journey.

A large majority of Fortnite’s audiences are Gen Zers, a group that has started to shun traditional social media platforms. Rather than “escape” to social media apps, they enter instead an entire virtual world away from their own, where networking, play and strategy are rolled into one. Whether it be completing maps together or combining resources to unlock in-game items, Fortnite offers users a chance to be social without the social media label.