Five Things You Need To Know About Instagram TV 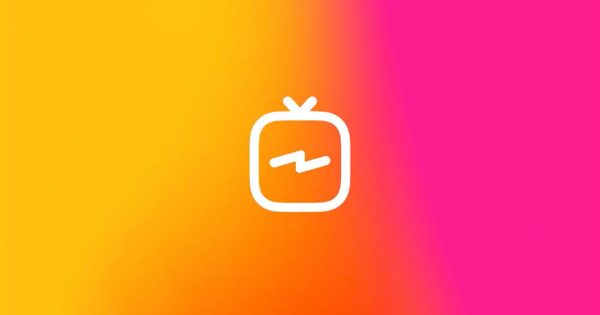 1. Time is the Enemy of Creativity

Upon its initial release, IGTV is allowing users with a
large following to post hour-long videos, while accounts with less of a
following will be limited to 10 minutes. Eventually, the app will allow
everyone to post content of up to an hour long. It will still require a special
breed of video to command 60 minutes of attention, or even 10 minutes for that
matter, but the new expanded time parameters are sure to unshackle any
creativity that was previously stifled by Instagram’s time constraints.

Forget everything you were told about shooting all videos in
landscape orientation. IGTV is doubling
down on mobile video by only accepting videos that are in the (9:16) vertical
orientation. This qualification means no more fussing over rotating your phone
back and forth when watching content; rather; every video meets the same
standards and the viewer’s experience is simplified. It also means that it is
going to be difficult to fill in your brand channel with existing brand videos
unless they were filmed in a 9:16 ratio. The vertical requirement makes it more
likely that content will be IGTV-exclusive, as most other video-centric
platforms accept both types of orientations.

IGTV eliminates the traditional Instagram feed format and
instead attempts to mimic the experience of watching actual television for app
users, that is, if you watch your television on its side (refer to previous
point about orientation). There are four simple categories on IGTV: videos
selected for you based on your interests; videos made by anyone that you
already follow on Instagram; videos that are popular among users as a whole;
and videos that you were previously watching and can resume. The structure of
IGTV eliminates the bulkiness and “white space” of the classic Instagram feed
and places the focus on the filling the screen with content.

IGTV is now available for some users via a small button on
the upper right of the normal Instagram feed. In the coming weeks, Instagram
will be rolling out the stand-alone IGTV app, which essentially provides the
same service as the button, but allows users to access content directly. Having
the ability to access IGTV independently of the Instagram app differentiates
the content that is posted on both platforms, and essentially lets users tune
in without having to first engage in their Instagram feed.

Don’t get so excited consumers, and don’t get too
disappointed, brand marketers. Also,
don’t forget that Instagram is still owned by Facebook. As IGTV is still in its initial phases, it
has yet to integrate advertising into its business plan, if it even has a
business plan at this point. Rest
assured that brands are already salivating at the potential that this new
platform offers. The exciting question is what form the advertisements it will take. As longer-form videos provide such
incredible real estate for marketers, the creators of IGTV are already hinting
that the advertising overlay might look more like a monetary relationship
between brand and content creator. Like
the creepy voice in that cornfield said: If you build it, they will come. Enough
said.