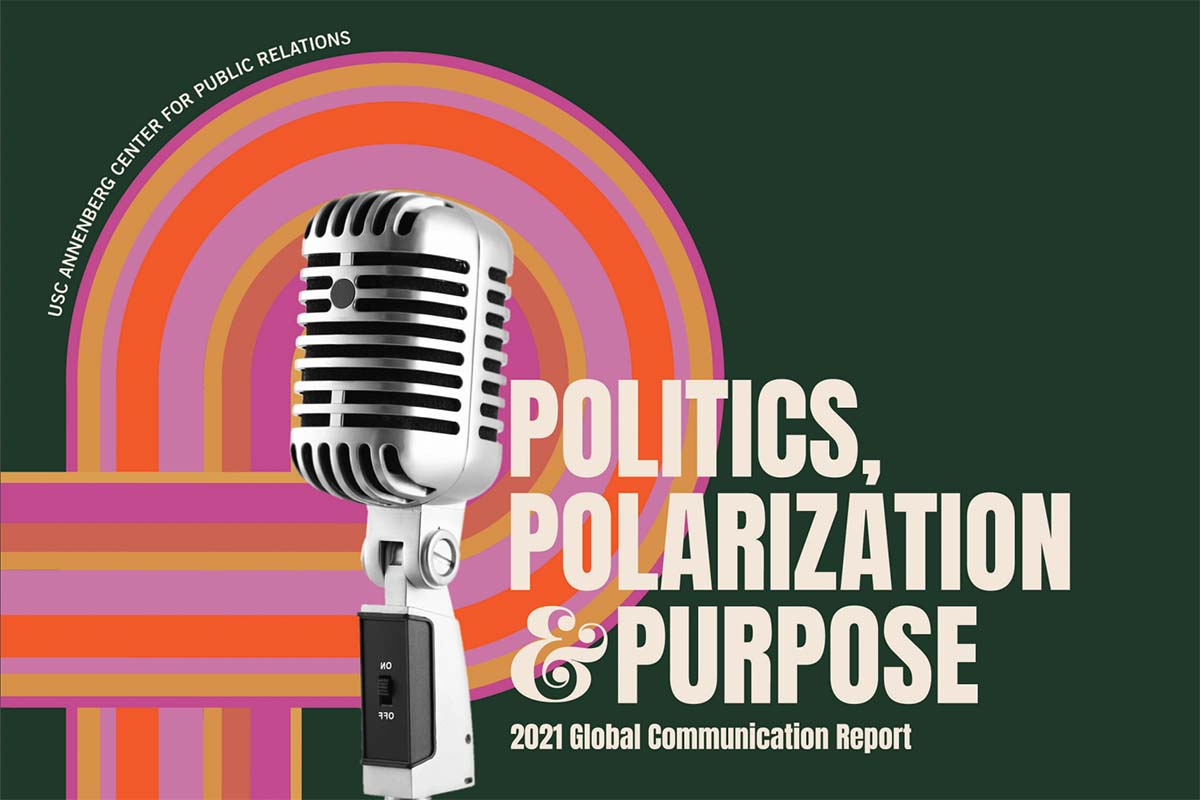 This past year has been a monumental one for society. Social issues, political division, the 2020 U.S. presidential election, and the ongoing COVID-19 pandemic, have all created an incredibly tense and polarized political and social climate. Major brands and corporations found that they could no longer stay on the sideline with their views.

The 2021 USC Annenberg Global Communications Report seeks to analyze 2020's impact on the communications field. It does so by using the results of two surveys - the first survey, talking to U.S. residents on a wide range of social topics, and the second survey, interviewing PR professionals and journalists on key business and communications issues. Together, these surveys present a clear picture of a tumultuous 2020, analyze the causes of this polarization, and offer possible solutions to this problem. Here are five major takeaways from the report.

Activism Shows No Signs Of Slowing Down

72% of Corporate Communications executives predict that activists will place more demands on U.S. corporations under the new Biden administration. Additionally, most professionals anticipate that employees and customers will continue to expect their companies to play a more significant role in societal issues.

With customers also predicted to base their purchase decisions more and more on the perception of a company's values, PR executives predict that there will be more purpose-driven communications campaigns than ever before.

CEOs Must Now Take a Stand

60% of PR professionals expect an increased focus on company CEOs to represent their brand or product. Today's consumers are continuing to hold accountable a CEO's character when making purchasing decisions, and want CEOs to take public stances on societal issues as well. Today's CEOs are much more than leaders; their personalities and opinions are now representing the organizations they lead.

While progress is being made, an enormous gulf remains between issues that will see increased activism and companies' willingness to take a stand on said issues. 86% of survey responders think the topic of climate change will see increased activism, yet only 26% of responders think their company will take a public stand on the issue. A similar gap is evident for police reform, affordable healthcare, and immigration issues. While companies are speaking out more than before, it is clear that corporate executives are still worried about alienating customers and employees in a time of extreme polarization.

77% of journalists predict that the spread of fake news and the proliferation of conspiracy theories will either stay the same, or increase during the new administration. Additionally, 84% of journalists believe polarization isn't likely to decline anytime soon, even if political news coverage may slow down following the transition from Trump to Biden.

On a positive note, from the survey, journalists and PR professionals alike, expect greater mutual respect for each other's professions in a post-Trump world.

As we head further into 2021, younger Americans are more energized than their parents.  However, older Americans tend to feel relief more than their younger counterparts. Additionally, women generally feel more energized about the future than men, while overall, 63% of Americans surveyed said they have a positive outlook on the next four years.