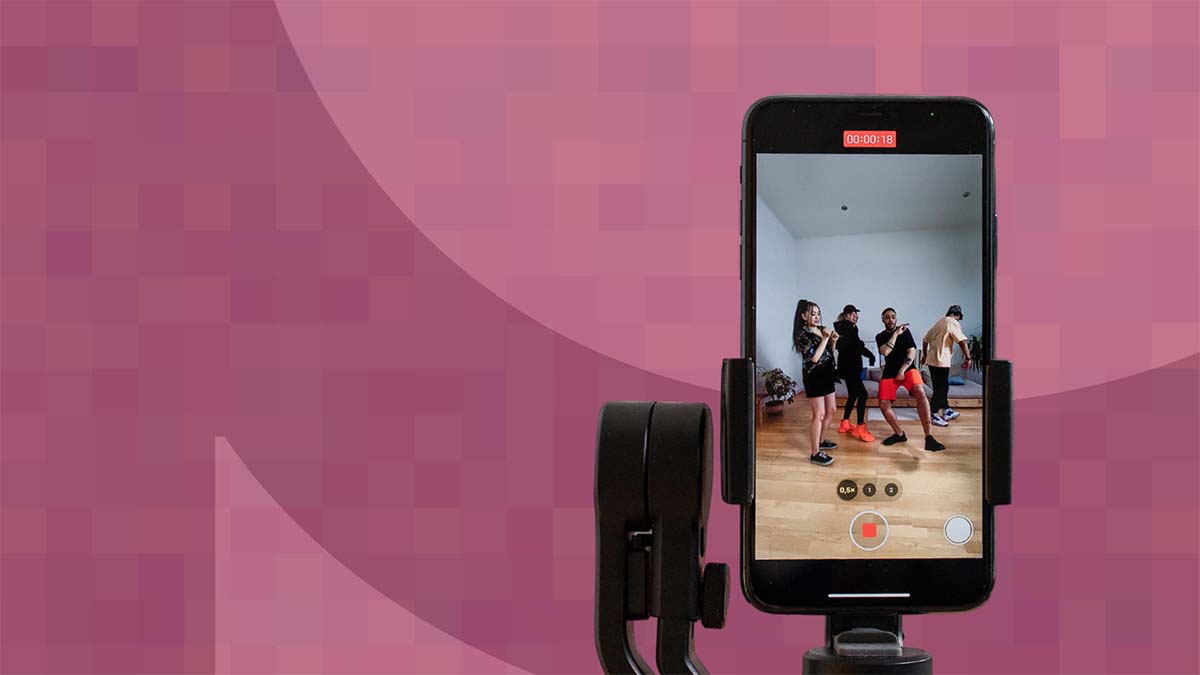 Now that most of us have been in lockdown in our homes for the last few weeks, you have probably found yourself having to work with what you have available at home. Typically, my role as the Digital Practice Lead at our agency has been to focus around video production and editing, as well as handle a few video shoots that were acquired on mobile devices like iPhones and webcams. As a long-time video producer, I've had to work with video assets like these even before the Coronavirus lockdown, so I'm familiar with working within limitations.

However, despite the saturation of camera-equipped smartphones in public hands for more than a decade, there still are a lot of basic principles that are underutilized. So, if you're in need of having to film yourself on a smartphone while working from home, here are a few things to keep in mind.

Clean sound
Good sound quality is actually more important than good picture quality. Viewers are more likely to be disappointed or frustrated if the message is difficult to hear, than difficult to see. If there is not a dedicated microphone, be sure to film in a quiet environment (wind and cars are very distracting and overwhelming to sound recording). I would also advise against filming in crowded places, but of course these days one shouldn't be in crowded places anyway.

‍Even lighting
The cameras built into the latest phones are fantastic feats of engineering, but at the end of the day they're designed to accommodate a wide variety of variables in getting a great image. If the environment’s lighting is uneven, most phones will try to guess what's the best brightness level to accommodate the image, which may not end up flattering. When recording video, try to be conscientious of the lighting on your subject and that the light is evenly cast around the face. Filming in the dark will also require the camera to boost up light and colors, making a grainier image. The more light available when filming, the sharper, more colorful, and better the video will be.

‍Steady camera
Don't nauseate viewers from an excessively shaky camera. Either place the camera on a tripod or firm surface, or if you have to hand-hold the camera, shoot a little bit wider than you think (or take a single step back). Phones can reduce the motion from a shaky camera a bit, but they do so by analyzing the surrounding area of the subject, which is usually the background. If the subject takes up most of the screen, the phone will not be able to distinguish where it should or shouldn't stabilize.‍

‍Horizontal or Vertical?
Our eyes have evolved to view more information horizontally than vertically, because we were more likely to be attacked by a tiger approaching us from our side than from a flying dragon approaching us from above. As an indirect result, we like to watch action horizontally, rather than vertically. Unfortunately, phones were designed to reach our ears and mouths, which need to be more vertical in design, so screens tend to be more vertical on phones. Therefore, also indirectly, our hands are more comfortable shooting video vertically. This is a problem when the end result is meant to be for a television or computer monitor, which is a wide screen.

So always bear in mind where, and how, the final video will be seen: if the video will be seen in full screen on mobile devices (Instagram Stories), shoot vertically. If the video is destined for TV or desktop screens, shoot horizontally. If the video will be for ads or posts on social networks, likely consumed on mobile screens, still try to shoot horizontally- it'll be easier to film wider, thereby letting the phone or computer steady out the shaky footage. And if you happen to shake a face out of frame for a moment, there will be more information to compensate with a wider screen than vertical.

Flattering angles
Finally, when the subject being filmed is a person or yourself, there are certain angles that are more flattering than others (I feel like I don't even need to mention this, due to the proliferation of dating apps). Having the camera placed just slightly above eye-level will render the edge of the chin sharper against the neck, making the jaw line appear thinner. In fact, when filming someone in an interview, especially when they're looking at the camera, I often ask them to imagine as though there's a string in the center of their forehead that's being pulled by the lens.

Again, mobile phone cameras are absolutely fantastic feats of engineering, however they can only accomplish so much with how they are used. Bad shooting will lead to bad footage to work with. Not every situation will have a perfect opportunity to film, but keeping a few bullet points in mind will help out with a tough situation.