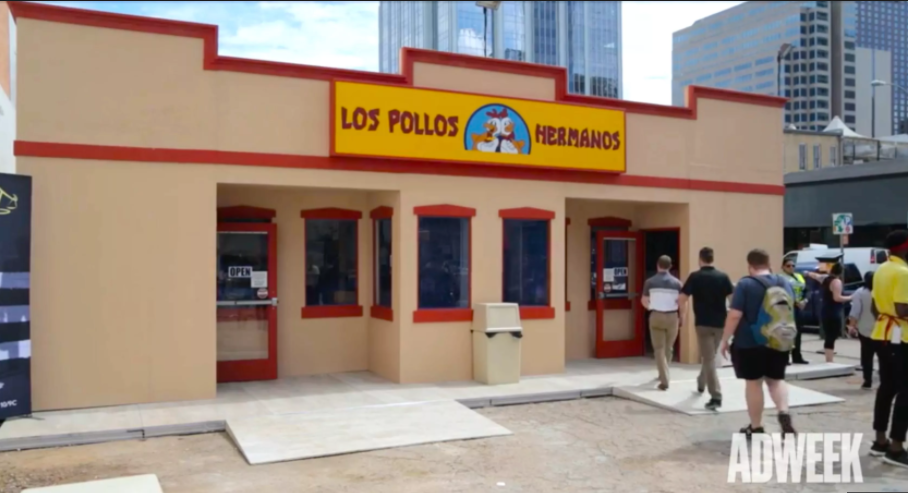 Account Supervisor Jackie Liu recently returned from this year’s South By Southwest (SXSW) Conference and Festivals in Austin, Texas. In her words, here are some of her key takeaways, observations and random bit of info from the event:

If you were keeping up on PPMG social media, you might know that I was in Austin to support our client LegalShield . This was their first time participating at SXSW Interactive and they were participating in two panel sessions, as well as hosting a fun “afterglow” reception. In between running around the city, eating barbecue and fighting with attendees to get the best camera angle for my Instagram Stories, I managed to jot down some takeaways that may be useful for fellow PR and marketing professionals:

Even before I landed in Austin, I’d already seen social media photos and videos of some incredible activations that I was excited to see in-person. Fans of the television show “Breaking Bad” and “Better Call Saul” –myself included— nearly wept tears of joy seeing the iconic fried chicken restaurant Los Pollos Hermanos erected in a parking lot on 5thand Colorado.

But see what they did there? They built out a façade to create a real restaurant. If they’d merely printed out t-shirts, fans would have gobbled those up as well, but it would not have had nearly the same impact. “Animal Kingdom” on TNT built a pop-up beach, complete with a surf simulator, wave pool, beer garden and an impressive array of authentically SoCal lounge furniture – all in a parking lot.

Within just a few blocks, as you made your way from party to party, you passed by brick-and-mortar experiential spaces for Gatorade, IBM (who took 8,400 square feet of space!), Adidas, YouTube and more. I’m loath to call them mere pop-ups, even though they are temporary activations; the term seems too ‘small’ for such impressive marketing outreach. It’s clear that companies are throwing big bucks at the festival still, but it gets harder every year to break through. I’m starting to think street teams and flash mobs could make a comeback, if only because they’re so quaint and unexpected for SXSW.

Social media is everything

I can’t even understate this. Everyone needs to be socially fluent, or else you will fall behind. Even cable news viewers may want to get on to Snapchat anyway. Speed is essential; often, I would find myself almost paralyzed, standing on the sidewalk, because I couldn’t text, email, snap photos and post to social media fast enough and all at once. You have to train and develop an eye for great content. Those sharable moments pass awfully fast. It helps to make some strategic decisions before you arrive at your destination. If you’re traveling with a colleague, divide the responsibilities for posting to your various social platforms. But don’t forget to capture a few gems for your own personal accounts!

Everyone wants to be a thought leader now

It’s important then, to leverage this into your PR strategy. Having a CEO speak as a panelist on an engaging, relevant session may provide more return in the long run. Startups or more mature companies looking to break into a new space can educate audiences on what they do and why they matter. It can certainly be more cost-effective than trying to put on a flashy, expensive experiential activation. It also provides social media content (live tweeting, photos, Facebook Live) and discussion points that can be spun into additional outreach at a later time. Networking and engaging with your panel audience, many of whom have given up seeing two or three other terrific sessions at the same time, can lead to direct sales and valuable partnerships.

This year, LegalShield participated in two panels. Their first, “Legal Roadblocks for Startups” featured two legal experts both heavily steeped in startup culture, as well as a more unexpected panelist: YouTube star Jacques Slade, who has become a cult hero to a global audience for his famous VLOGs and sneaker unboxing videos. As a musician, songwriter, actor and entrepreneur, Jacques was the perfect guy to provide perspective on the types of legal challenges he’s faced in his industry. The second panel, “Affordable and Accessible Lawyers: Really?” was moderated by LegalShield CEO Jeff Bell and included panel of legal heavyweights, including Mike Hunter, Attorney General of Oklahoma.